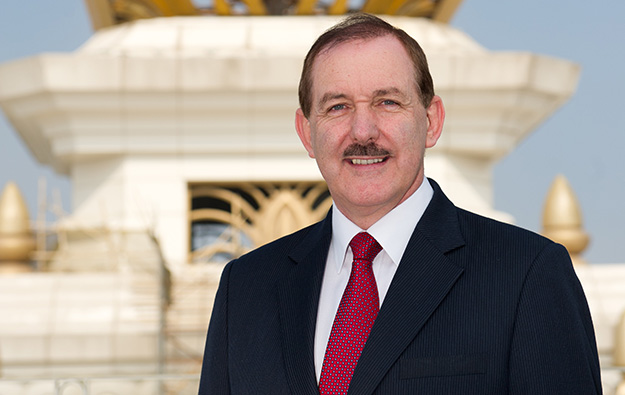 Macau casino operator Galaxy Entertainment Group Ltd has confirmed to GGRAsia that Trevor Martin (pictured), one of the company’s longest-serving executives, is ending his connection with the company as of this month.

A company representative said in a Thursday email in response to our enquiry that Mr Martin had “retired earlier this year to devote more quality time with his family, and pursue his life goals and interests”. It did not specify the timing.

The email added: “He remained as senior advisor of the company until December 2018.”

According to the group’s website, prior to his role as a senior advisor, Mr Martin was director for human resources and administration. He is described as having “over 30 years of solid experience in human resources, staff training and development” roles.

The email responding to GGRAsia’s enquiry said he was “one of the early core members of the Cotai leadership team”.

The email further stated: “His experience and leadership were invaluable towards helping Galaxy Entertainment develop core management and human resources practices that have underpinned [the company’s] success over the years.”

It concluded: “We would like to take this opportunity to thank Mr Martin for his outstanding contributions to the Galaxy Entertainment Group success story.”

Prior to joining the casino operator, Mr Martin had held senior executive positions with “a number of prestigious companies in Australia,” said the Galaxy Entertainment website entry.

Universal Entertainment Corp said in a Wednesday statement it hoped to get the Okada Manila casino operation listed in the United States even before a new September 30 deadline agreed with 26 Capital... END_OF_DOCUMENT_TOKEN_TO_BE_REPLACED