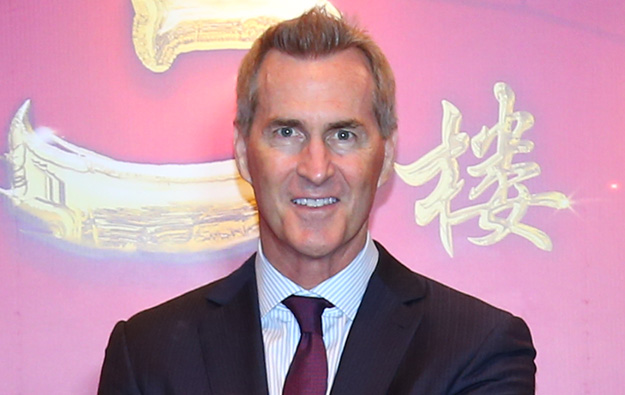 “Michael Mecca, in his capacity as president, Galaxy Entertainment, will continue to have a role in the Macau operations while focusing on the development of overseas investment opportunities for the company,” Buddy Lam Chi Seng, vice president of public relations for Galaxy Entertainment, told GGRAsia via email.

“Kevin Kelley, as chief operating officer, Macau, will focus on our current operations and work on realising Galaxy Entertainment’s plans for Galaxy Macau’s Phases 3 and 4 for Macau,” added Mr Lam.

Galaxy Entertainment said in July it had acquired a 5-percent stake, for EUR40 million (US$43.9 million), in a casino operator in the European principality of Monaco.

Galaxy Entertainment has plans to build a RMB10-billion (US$1.6-billion) non-gaming resort on Hengqin Island, in mainland China, to complement its casino resort business in neighbouring Macau.

The gaming operator has also been linked by investment analysts to a “request for concept” regarding several new casino licences the South Korean government is considering issuing in that country. The company has not commented on the reports.

Mr Kelley is a veteran of gaming operations in Las Vegas and Macau. According to profiles in the U.S. media, he has worked as a senior vice president of operations at Las Vegas Sands Corp, and helped to launch its Venetian Macao resort, which opened in August 2007. He has also served in several senior roles at Nevada-based casino operator Station Casinos, most recently as executive vice president.

“With 40 years of gaming, hospitality and entertainment experience, Mr Kelley will oversee functions such as business development, international premium and mass market development, Galaxy Macau, StarWorld Hotel, Broadway Macau and City Clubs operations as well as advancing the development plans for [Galaxy Macau] Phases 3 and 4,” said Galaxy Entertainment in a press release announcing his appointment, and referring to some of the company’s different customer segments and to its Macau venues.

On May 27, Galaxy Entertainment opened its HKD19.6-billion (US$2.5-billion) Galaxy Macau Phase 2 and its HKD5-billion Broadway Macau properties on Cotai into the biggest bear market in Macau gaming since the global financial crisis of 2008-09. The company’s chairman Lui Che Woo said at a press conference on August 19 announcing the firm’s first half-earnings, that it would focus on a “ramp up” of the new properties even though market conditions had been “challenging”.