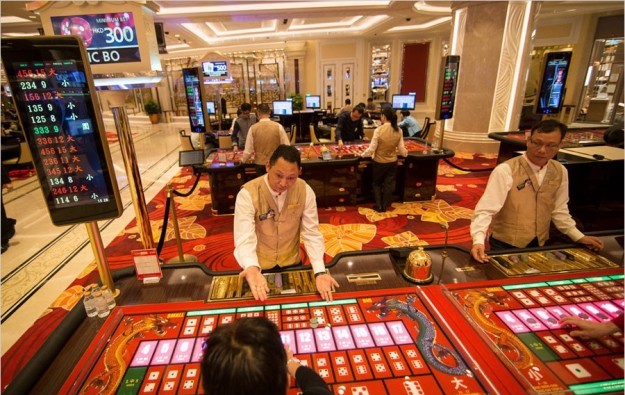 Macau casino operator Galaxy Entertainment Group Ltd confirmed in a Friday email to GGRAsia that it had announced to staff a “discretionary bonus” for “all eligible full-time team members at senior manager grade and below”.

The bonus is payable on February 5. The company did not specify how many workers were eligible for the payment.

The company will make an additional “special bonus award” – equivalent to one month of salary – in July, to “all eligible full-time team members at senior manager grade and below in accordance to the scheme rules,” said the email.

Buddy Lam Chi Seng, assistant senior vice president of public relations at Galaxy Entertainment, described the announcement to staff regarding the discretionary bonus payment as a way of thanking the firm’s staff for “their valuable efforts and contribution over the past year”.

He added: “This discretionary bonus is calculated based on three factors, including the market condition, the company’s past year business performance and the performance of the team members.”

Mr Lam added Galaxy Entertainment would “proactively control its costs through different methods,” and would review team members’ pay and benefits according to “market competitiveness and the company’s business performance”.

Melco Crown Entertainment Ltd, one of Galaxy Entertainment’s Macau market rivals, on Monday had announced a “one-month discretionary bonus” for its non-management staff. It is payable before Chinese New Year.

The first Macau casino operator to publicly announce a bonus this year was SJM Holdings Ltd. The casino firm stated it would offer an annual bonus that is equivalent to two months of salary for employees earning up to MOP20,000 (US$2,486) per month, according to an internal notice to employees.

That was followed by announcements from Wynn Macau Ltd and from MGM China Holdings Ltd. Each company said it would pay a special bonus to non-management staff, equivalent to one month’s salary.