Galaxy Ent in sponsorship deal for sports event in Japan 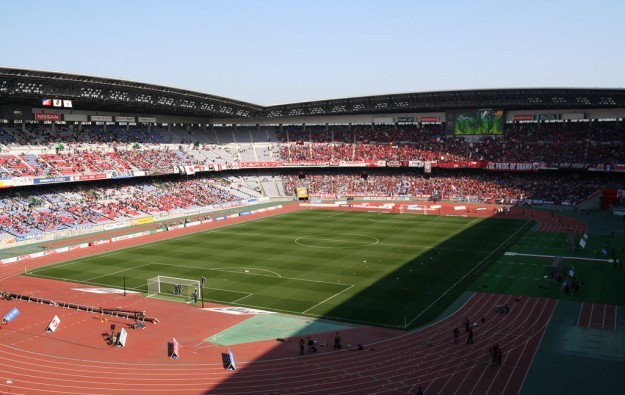 Macau casino operator Galaxy Entertainment Group Ltd says it has signed a two-year title sponsorship for a sports annual event designed to promote its business in Japan. The company is to sponsor – via its Japanese unit – a football event dubbed “Galaxy Entertainment EuroJapan Cup”, which is set to feature “the very best” European soccer teams playing against J-League teams, according to a Wednesday press release.

This year’s edition, to be held on July 27, will feature an exhibition match between Manchester City Football Club and Yokohama F. Marinos at Yokohama’s Nissan Stadium (pictured). Next year’s event will take place in Osaka, according to the release.

The release said the casino firm aimed to promote sports events in Japan, as well as “contribute to local communities by conducting various outreach events, including soccer clinics led by some of the world’s top soccer players”. The statement made no mention to the sponsorship amount.

Global casino operators are vying for a casino licence in Japan, and a number of companies have announced sponsorship deals for a range of sports events and cultural activities.

Casino operator Melco Resorts and Entertainment Ltd announced on Thursday that it would launch at the end of June a new, themed zone for “family-friendly” entertainment at its majority-owned... END_OF_DOCUMENT_TOKEN_TO_BE_REPLACED