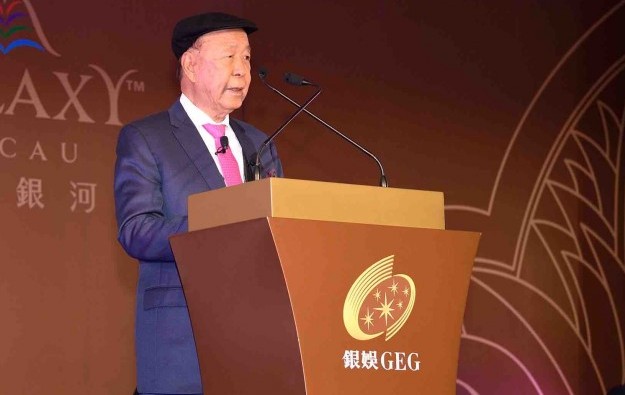 Macau casino operator Galaxy Entertainment Group Ltd on Thursday announced revenue for the first quarter of 2015 fell 32 percent compared with the prior year period, to HKD13.7 billion (US$1.77 billion).

Revenue was down 15 percent judged quarter-on-quarter, the company said in a press release.

Nonetheless management stated that the company achieved “commendable performance in a challenging market”.

Market wide in Macau, gross gaming revenue for the first three months of 2015 stood 36.6 percent lower than in the same period in 2014, according to figures by the city’s casino regulator, the Gaming Inspection and Coordination Bureau.

Galaxy Entertainment is gearing up for the launch of the HKD19.6-billion Galaxy Macau Phase 2 and HKD5-billion Broadway Macau. The two properties are scheduled for a May 27 opening. However, the Macau government has not yet decided on the number of new live gaming tables it will grant the casino operator to be used in those two properties.

Galaxy Entertainment’s Thursday press release stated that the company expects to begin site investigation works for phases three and four of its Cotai development “in the later part of 2015”. The firm had previously stated it expected to commence works in early 2015.

According to previous statements from Galaxy Entertainment, the gaming operator plans to invest at least HKD55 billion in phases three and four of its Cotai development.

Galaxy Entertainment’s adjusted earnings before interest, taxation, depreciation and amortisation (EBITDA) dropped to HKD2.3 billion in the first three months of 2015, down 40 percent year-on-year and 14 percent sequentially, it said.

The performance was even worse at casino-hotel StarWorld Macau, on Macau peninsula. The property posted a 42 percent plunge in revenue compared to the year-earlier quarter.

“We continue to experience the same macro challenges as all the concessionaires in Macau. These are the result of a combination of factors and they are impacting customer spending behaviour,” Galaxy Entertainment chairman Lui Che Woo (pictured) said in a statement.

Macau’s gaming industry sector has already seen 10 consecutive months of year-on-year gross gaming revenue decline, linked by a number of analysts to the fact many high value gamblers are staying away from the city in the wake of the mainland’s ongoing anti-corruption campaign.

Mr Lui added: “The current headwinds are not a surprise to the market or to Galaxy Entertainment… We remain optimistic in the longer term outlook for Macau despite the current challenges.”

In early 2014, Galaxy Entertainment entered into a framework agreement for a 2.7-square kilometre (29,000 sq foot) land parcel on Hengqin Island, adjacent to Cotai but already part of mainland China, for the development of a non-gaming and low-density resort. “Plans are coming together and Galaxy Entertainment expects the development to be highly complementary to its existing and planned portfolio,” the company stated on Thursday’s press release, without providing more details on the project.

Macau is to create distinct zones on its casino floors and designated gambling chips that will be solely for the use of players from overseas. The moves will be part of a new gaming tax system to... END_OF_DOCUMENT_TOKEN_TO_BE_REPLACED