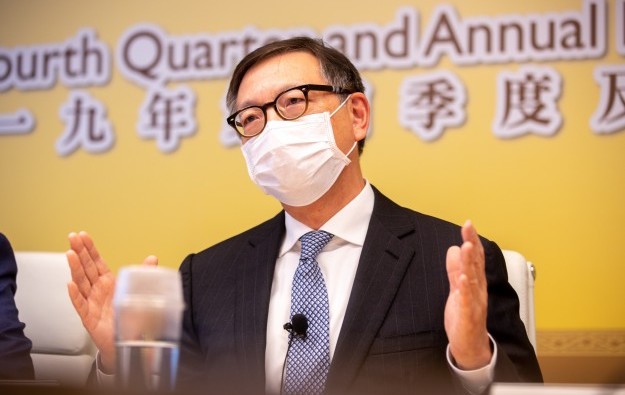 The vice chairman of Macau casino operator Galaxy Entertainment Group Ltd said, ahead of its anticipated first-half earnings, that it would not pay one of the two discretionary bonuses it typically gives each year to eligible staff at senior manager level and below.

Francis Lui Yiu Tung (pictured in a file photo) highlighted the uncertainties wrought by the Covid-19 pandemic as the reason for the decision. His comments were made in a video sent this week to the group’s employees, according to media reports.

The executive also mentioned as one of the reasons for the decision was a lack of clarity regarding the resumption of the Individual Visit Scheme (IVS), an exit permit system for mainlanders from certain Chinese cities to visit Macau and other places. A return of IVS visas had been mentioned by industry insiders as a key element in Macau’s casino market recovery.

A first discretionary bonus had been paid to Galaxy Entertainment’s eligible employees on January 23.

Mr Lui additionally said that this year, those at assistant vice president level and above, would not receive an annual bonus, a practice that had been followed previously.

He also said that the company would extend the temporary unpaid leave arrangement until the end of 2020, and that the annual salary review would be delayed to April 2021.

In selected highlights of its earnings for the first three months of this year, Galaxy Entertainment had said its adjusted earnings before interest, taxation, depreciation and amortisation (EBITDA) fell 93 percent from the prior-year period.

The company paid to stockholders a previously-announced special dividend of HKD0.45 (US$0.058) per share on April 24.

According to investment analysts, Galaxy Entertainment has the biggest cash pile of any of the six Macau operators, with enough to survive several years of zero revenue.

Its cash and liquid investments amounted to HKD51.9 billion (about US$6.7 billion), with net cash of HKD47.5 billion, as of March 31. The group’s debt stood at HKD4.4 billion as of that date.