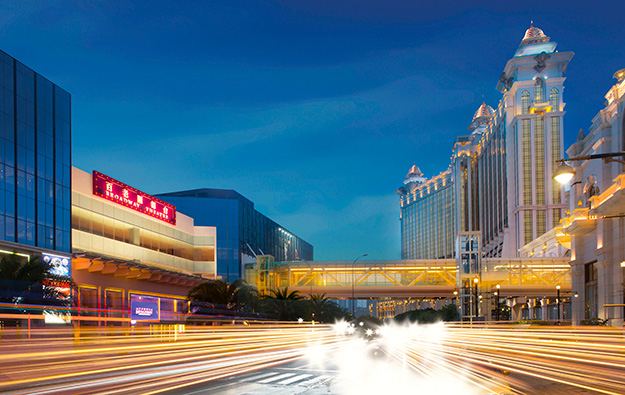 Hong Kong-listed casino operator Galaxy Entertainment Group Ltd says the flow of visitors and their associated spending at its Macau properties has been “better than expected” during the Golden Week holiday surrounding China’s National Day on October 1. The company’s vice chairman Francis Lui Yiu Tung  made the observation in brief remarks to the Hong Kong media.

The executive also said that his firm had seen strong consumer demand for its hotels in Macau, with some having what he termed full occupancy so far during Golden Week.

Mr Lui was speaking on the sidelines of the award ceremony for the inaugural “Lui Che Woo Prize – Prize for World Civilisation”, held in Hong Kong on Monday. The prize fund was set up by his father – Galaxy Entertainment’s founder Lui Che Woo – to honour contributors to human well-being.

Visitor arrivals to Macau numbered 293,915 for October 1 and 2, the first two days of the Golden Week holiday – representing a year-on-year fall of 10.2 percent – according to the latest available data released by Macao Government Tourism Office. During those two days, the number of arrivals from mainland China dropped by 14.7 percent year-on-year to 235,839, the official data show.

“Consensus expectations are for high [gambling] volumes during Golden Week (October 2 to October 7), with high occupancy and rates projected for the week, and which should be an important period for the stocks,” Telsey Advisory Group LLC said in a note on Monday.

“Given the positive commentary from operators over the recent past, the implications are that the market should continue to demonstrate growth on the openings of Wynn’s [Wynn] Palace and LVS’s [Las Vegas Sands Corp's] Parisian beyond Golden Week as well,” Telsey Advisory Group added, referring to two major properties that opened on Cotai recently.

The Buckingham Research Group Inc wrote on Monday – regarding the forecast for Macau casino earnings in October – that the month would benefit from one extra weekend compared against the prior year; but this could be potentially offset by a visit to Macau by Chinese Premier Li Keqiang from October 10 to 12 next week.

“We believe… historically… VIP customers [have been] avoiding the market during these visits [by senior Chinese officials]… [but] we are expecting a smaller impact than in the past, given the decline in the VIP [segment],” Buckingham Research wrote in its Monday note.

The Chinese Premier’s visit was to support the cooperation between mainland China and Macau, said Mr Lui according to Hong Kong media. The casino executive added the central government and the Macau government supported the development of the gaming industry in the city.

Macau’s casino gross gaming revenue (GGR) for the first five days of February is estimated at MOP1.9 billion (US$235.1 million) – or MOP380 million per day – a level that suggests a “45... END_OF_DOCUMENT_TOKEN_TO_BE_REPLACED