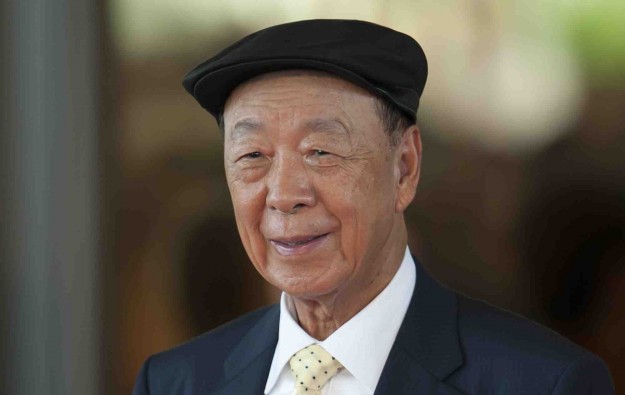 Casino operator Galaxy Entertainment Group Ltd remains “very confident” regarding its ambition for a casino resort on the Philippine island of Boracay, and does not listen to “unofficial commentary”, said the firm’s chairman Lui Che Woo (pictured in a file photo), in an interview with financial news broadcaster CNBC.

Mr Lui also suggested the group’s aims for a US$500-million resort with a Philippine partner firm linked to Philippine businessman and politician Albee Benitez, had been “misunderstood and misrepresented”.

The Galaxy Entertainment founder’s son Francis Lui Yiu Tung, vice-chairman of the group, said on the sidelines of its first-half earnings press conference in early August that the firm’s dream for a Boracay scheme could still be realised, despite stated opposition attributed by officials to the country’s leader, President Rodrigo Duterte.

Andrea Domingo, the head of the country’s casino regulator, the Philippine Amusement and Gaming Corp (Pagcor), recently noted “there was a pronouncement from the President so we have to respect that”.

Lui Che Woo made his latest comments on Boracay matter as details emerged of this year’s Lui Che Woo Prize. The honours funded by the Galaxy Entertainment chairman and launched in 2016, recognise contributors to human well-being.

He said the firm’s Boracay plans were for a “low-density environment, like in the Maldives, instead of a big casino floor like in Manila or other places that are dense or busy.”

The chairman added: “We want to lure high-end customers to come and enjoy [the resort], and to help the Philippines lift its status. It is no longer the top-tier natural scenic place it once was due to pollution and sub-standard facilities. Gaming will actually be a small portion, we expect a few dozen tables, as this is not our focus for Boracay.”

He further stated: “We hope it’ll become a truly good tourism spot and return it to the beautiful island it once was. This is very different to what is being said out there. We don’t pay attention to unofficial commentary… When we first indicated our interest to invest, many people misunderstood and misinterpreted us, we don’t care about this.”

In mid-August the country’s Secretary of the Department of Tourism even went as far as to state that any existing casino operations on Boracay would be barred from reopening when the island welcomes back tourists on October 26.

Galaxy Entertainment’s chairman remained upbeat on the matter: “We’re waiting for the final decision from the government as to how it wants to develop Boracay. We will follow their directive to achieve their goal.”

Mr Lui added, regarding the firm’s Philippines ambitions: “We are very confident. From the beginning until now, our plans have not changed. Unless the government has other plans, we will follow their decision.”

In March it had been announced that Pagcor had awarded a provisional gaming licence to Galaxy Entertainment for Boracay.

South Korea on Thursday said it would from June 1 resume issuing short-term tourism visas for trips to the country’s mainland, for individual visitors and groups of tourists. Permits for... END_OF_DOCUMENT_TOKEN_TO_BE_REPLACED