Galaxy Ent will not get a Boracay casino: Duterte aide 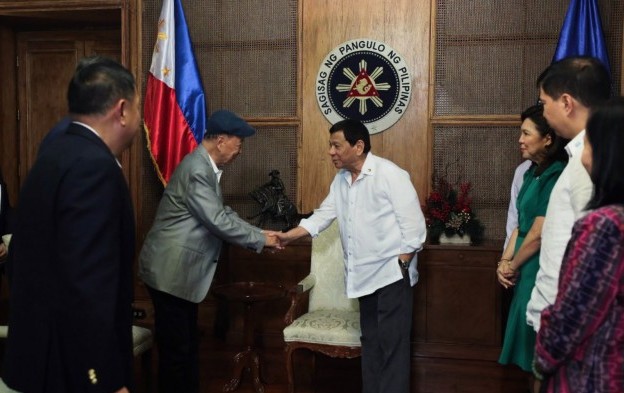 The Philippine government has shelved a plan by Macau casino operator Galaxy Entertainment Group Ltd to build a US$500-million casino resort on the Philippine holiday island of Boracay, several media outlets reported on Wednesday evening, based on a briefing in Hong Kong from a Philippine presidential aide that was aired live on television.

“There will be no new casino in Boracay,” presidential spokesman Harry Roque said, as reported by Reuters news agency.

Mr Roque added he wasn’t aware of an announcement in March that the country’s casino regulator, the Philippine Amusement and Gaming Corp (Pagcor), had awarded a provisional gaming licence to Galaxy Entertainment for Boracay, with the development pursued in partnership with local firm Leisure and Resorts World Corp.

On Monday several of the country’s news outlets reported Mr Duterte as saying in Tagalog before he left for China: “I don’t have plans there for casinos,” referring to Boracay.

In December, the Presidential Communications Operations Office issued a photograph of Mr Duterte (pictured, centre right) meeting Lui Che Woo (centre left), chairman of Galaxy Entertainment, at the Malacañang Palace. The caption on the photograph said the meeting was on December 6, although the digital file of the actual picture carried the date December 5. Several Philippines media outlets reported that Francis Lui Yiu Tung, deputy chairman of the firm, was also present at the meeting, although the detail of what was discussed is not clear. The caption describes the meeting as a “courtesy call”.

But on December 11, the Manila Standard newspaper reported that listed Philippine gaming company Leisure and Resorts World Corp was in talks with Galaxy Entertainment to develop a Boracay resort.

ABS-CBN reported on Wednesday that Pagcor had indicated Galaxy Entertainment’s provisional licence would have to go through a “a long and tedious process” before getting a full licence. In past private-sector casino projects in Manila, Pagcor has only issued a full casino licence once certain minimum requirements have been met in terms of completing venue infrastructure.

“I do not know how this will be resolved but as far as Boracay is concerned, he [President Duterte] wants the [Philippine] people to benefit from Boracay,” Mr Roque added.

Mr Duterte was reported to have stayed in Hong Kong overnight on Wednesday following his attendance at the Boao Forum for Asia held in Hainan, mainland China this week.

On April 4, it was announced that a previously-flagged government shutdown of Boracay, referred to as an environmental clean up initiative, would begin on April 26. It was later reported that the shutdown might be only for four months, rather than a six-month period previously mentioned.

All the major Philippine news outlets reporting Mr Duterte’s Monday comments noted that he had indicated that post clean up, Boracay would be a land reform area, with available plots given to farmers.

Macau’s casino gross gaming revenue (GGR) for the first five days of February is estimated at MOP1.9 billion (US$235.1 million) – or MOP380 million per day – a level that suggests a “45... END_OF_DOCUMENT_TOKEN_TO_BE_REPLACED