The company said total gaming revenue grew by 24 percent year-on-year to HKD38.2 billion in the first half of 2014, “driven by healthy growth in both mass and VIP”.

The company announced a special dividend of HKD0.45 per share to be paid on October 31.

“During the half year we made excellent progress in realising our primary strategic objectives across our flagship properties including enhancing our existing operations as the market evolves and building foundations for the group’s long term sustainable growth,” Lui Che Woo, chairman of Galaxy Entertainment, said in the statement.

The casino operator said the HKD19.6-billion Phase 2 of Galaxy Macau is “on schedule to complete by mid-2015”. Later this year the company expects to start site investigation works for Phases 3 and 4 of the Cotai resort, with an estimated budget of up to HKD60 billion.

The Grand Waldo complex next door to Galaxy Macau will re-launch “in early 2015” following an extensive refit, the company confirmed on Tuesday, promising to unveil the plans for the property later this year. 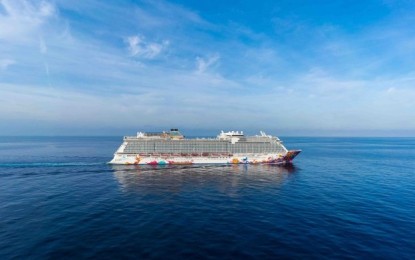 Genting Hong Kong Ltd, an operator of casino cruise ships and a joint venture casino operator in the Philippines, says it will “potentially proceed” with filing for provisional liquidation of... END_OF_DOCUMENT_TOKEN_TO_BE_REPLACED