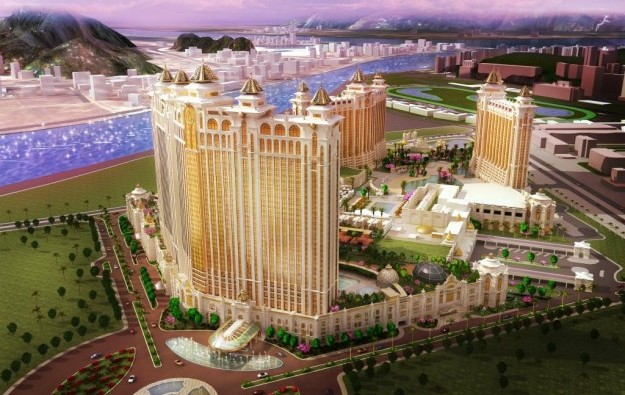 The company reported revenue of HK$20.2 billion (US$2.6 billion) for the first three months of the year, up by one third year-on-year and 7 percent quarter-on-quarter.

The company said in a statement that the second phase of Galaxy Macau (pictured) is well advanced, on budget and on schedule to be ready by mid-2015. But the investment community is now openly talking about the possibility of the expansion opening in time for Chinese New Year 2015.

Galaxy Entertainment also said it is finalising plans for the next two development phases of its massive land bank in Cotai. The gaming operator plans to build a HK$50 billion to HK$60 billion resort there, and construction is expected to commence still this year.

The company added it will soon unveil its plans for Grand Waldo complex, with re-launch scheduled for early 2015. Grand Waldo, located adjacent to Galaxy Macau, is already undergoing refitting works. Galaxy Entertainment wants it to become complementary to Galaxy Macau.

Regarding its plans for Hengqin Island, Galaxy Entertainment is developing its concept plans for the 2.7-square-kilometre land parcel. The company plans to invest RMB10 billion (US$1.6 billion) on a non-gaming resort there.

Macau casino operator MGM China Holdings Ltd had a “record” market share in January, and its venues were the “highest-earning businesses” in the portfolio of the majority owner MGM Resorts... END_OF_DOCUMENT_TOKEN_TO_BE_REPLACED