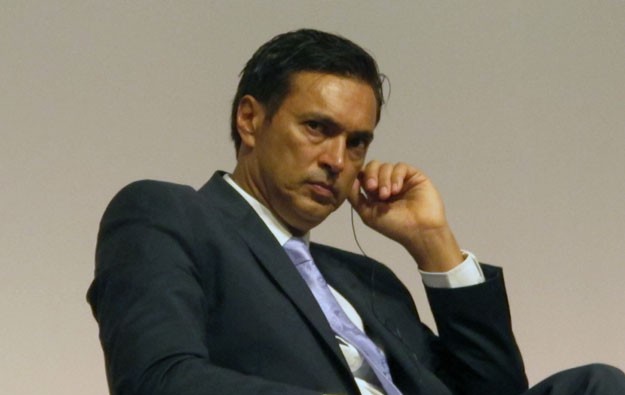 The company has received 150 new-to-market live gaming tables from the Macau government, with about 75 percent of the new inventory being allocated to the mass market, Mr Longhurst said on the sidelines of a media briefing.

“The 38 gaming tables that we borrowed during the renovation of Broadway Macau have been returned to the property, and they will be focused on the mass market,” Mr Longhurst told us on Tuesday.

The firm acquired Grand Waldo, across the street from Galaxy Macau, for a consideration of HKD3.25 billion from third party investors. Total investment in the revamped property, including acquisition costs, reached HKD5 billion, according to Galaxy Entertainment.

A number of investment analysts have been given a preview of the new property. Several that toured the facility on Monday suggested in notes to investors that Galaxy Entertainment would be allocating approximately 40 of its new-to-market gaming tables to VIP rooms and the remaining 110 tables to the mass-market, mostly to premium mass.

“We will allocate the tables based on where we think the growth opportunities are… Phase 2 is mostly about mass gaming, you will see a migration [of tables] from Phase 1 to Phase 2,” Mr Longhurst said in the media panel discussion.

“The additional tables that we have are sufficient for the current market,” the executive said. According to previous reports by Macau media, the company had applied for 400 new gaming tables.

“We are quite comfortable with what we have received,” said Mr Longhurst, adding that the majority of the new gaming tables will be focused on the mass market.

A note from Union Gaming Research Macau Ltd said the mass market gaming space in Phase 2 “blends into Phase 1 in what has now become an ‘L’-shaped mass floor”.

“As might be expected, a large portion of the 150 tables that were allocated to Galaxy last week will be operated as premium mass. However, what we believe will be the most interesting premium mass space in Macau will not come online this week as it is not yet finished,” analysts Grant Govertsen and Felicity Chiang said on Tuesday.

The Guangdong Group (Macau) Ltd, a successor to the Macau VIP business of Hong Kong-listed Neptune Group Ltd, will also have a presence in Galaxy Macau Phase 2, with Union Gaming expecting it to operate 16 VIP tables.

“All in, this would add up to more than 70 tables, which suggests that [about] 30 VIP tables were harvested from either Galaxy Macau Phase 1 and/or StarWorld,” said Union Gaming.

Phase 2 and Broadway Macau will add 1,570 suites and rooms to the existing 2,250 keys at Galaxy Macau Phase 1.

Broadway Macau includes a 3,000-seat theatre. The complex will have a mass-market appeal, with live performances, bands, street entertainers and hawker-style vendors, according to Galaxy Entertainment.

“Our job is to make sure that we draw sufficient volume of customers to our properties, that we give them diversity in terms of experiences and products,” he added during the media briefing.

The entire ground-level gaming floor in Galaxy Macau is now encircled by retail, with over 200 outlets. At this stage however “only 70 percent of the [new] retail space would be ready on May 27 and may take another 1 to 2 months for full opening,” said a note on Wednesday from Kenneth Fong and Isis Wong of Credit Suisse AG.

“We came back from the pre-opening tour of Galaxy Macau Phase 2 and Broadway Macau with a positive impression,” said the Credit Suisse team. The analysts highlighted its complementary offering to the existing Phase 1; the variety and originality of non-gaming facilities; and the fact it was easy for visitors to find their way around the properties.

“Despite our full confidence in management’s solid execution and the product, the current weak demand environment, especially high-end [gaming] demand which Phase 2 focuses on, may create a challenging backdrop for the new property to ramp up,” said Mr Fong and Ms Wong.

A Macau court was told on Wednesday that Asian American Entertainment Corp Ltd (AAEC), led by Taiwan businessman Marshall Hao Shi-sheng, was to blame for its failed tie-up with United States-based... END_OF_DOCUMENT_TOKEN_TO_BE_REPLACED