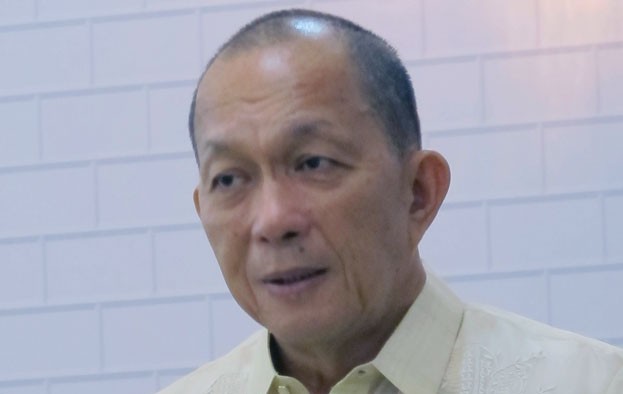 It might still be possible for Macau casino operator Galaxy Entertainment Group Ltd to move ahead with its proposed casino resort project in Boracay in the Philippines, suggested a senior official at the country’s casino regulator, the Philippine Amusement and Gaming Corp (Pagcor), in an interview with GGRAsia. That is despite the country’s President Rodrigo Duterte having previously expressed his stance against such a casino scheme.

“I think it is the belief of the President that casino is not good for Boracay. They want to project a wholesome image for Boracay. That is the position at this moment,” said Pagcor’s president and chief operating officer (COO), Alfredo C. Lim (pictured in a file photo), in an interview on Tuesday, on the sidelines of the first day of a casino sector trade show and conference called Global Gaming Expo (G2E) Asia @ the Philippines, the inaugural version of the G2E-branded event in that country.

Pagcor has backed Galaxy Entertainment’s casino resort project in Boracay, given the company’s reputation as a casino operator in Asia and its “environmentally-friendly approach” regarding the project, stated Mr Lim. Galaxy Entertainment announced in March last year that Pagcor had given it a provisional gaming licence for a project in Boracay; but the project was now “put on hold”, the Pagcor COO noted.

“If they [Galaxy Entertainment] can come up with certain measures that will convince the President, maybe there will be reconsiderations of the regional suspension of the [casino] licence [in Boracay],” Mr Lim told GGRAsia.

“The President doesn’t like a casino to be located in Boracay. But you know there might be some changes if he is convinced that measures are undertaken to make sure that the [island's] environment is preserved,” he added.

Galaxy Entertainment’s management had said previously that the project for the island would be “an environment-friendly resort” with about 200 villas and “only 50 to 60 gaming tables”. The investment – in partnership with local firm Leisure and Resorts World Corp –would be proportionate, at between US$300 million and US$500 million.

The Philippine national government has vowed to develop Boracay as a sustainable and family-focused tourism destination.

For the casino resort project to go ahead in Boracay, the developers would have to liaise with several local government departments, especially those of the Department of Natural Resources and Department of Tourism, Mr Lim noted.

The Pagcor official also spoke of another casino project planned for Manila by Hong Kong-listed Landing International Development Ltd. In September, the Asian casino promoter said it had been given approximately six months to find an alternative site for a casino resort it planned for the Philippine capital, or it will risk having its provisional gaming licence for that country revoked or suspended.

“As a matter of fact, the chairman [of Pagcor] is also helping them [Landing International] look for another site,” Mr Lim told GGRAsia. The site being sought after is “within Parañaque”, the official confirmed.

In September’s announcement, the company mentioned that the relevant Philippine authorities had declared void the lease for the originally-earmarked site that had been negotiated with a body called Nayong Pilipino Foundation.

Mr Lim said additionally that it was not clear at present when the moratorium on new gaming licences for more large-scale casino complexes or integrated resorts (IRs) is going to end, despite the fact that Clark had seen a partial lifting of the ban last year.

“We do not know if there will be some changes or some modifications to the ban. We do not know if the President will allow casinos to be opened,” Mr Lim said in the interview. For now, the moratorium policy on new casino resort projects in the country is “indefinite”, the official said.

Some Macau casinos visited by GGRAsia on Thursday, actually had tables that were closed, notwithstanding strong consumer demand during Chinese New Year (CNY). The reasons for some tables being... END_OF_DOCUMENT_TOKEN_TO_BE_REPLACED