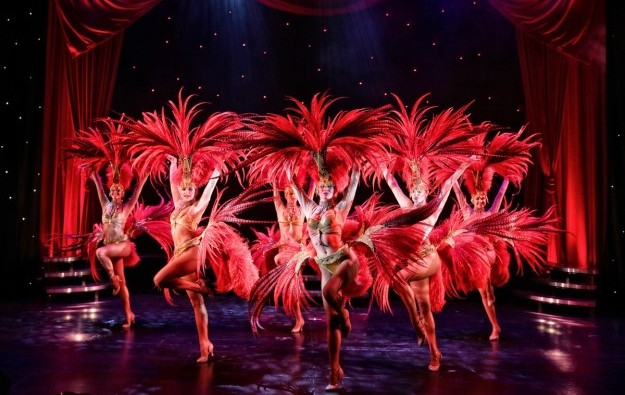 Broadway Macau, a mass-market focused casino property in Macau operated by Galaxy Entertainment Group Ltd, is to host the first show-in-residence at its 3,000-seat Broadway Theatre.

The firm gave the news in a press release on Thursday.

Viva La Broadway will run from April 1 to May 19 inclusive. The variety show will include Crazy Rouge (pictured), a dance group featured on the television reality show Britain’s Got Talent; singer Katie Shepherd; and Laserman, a light and laser act with Dario Falzari from Italy.

The longest running has been Melco Crown’s The House of Dancing Water, at the firm’s City of Dreams property on Cotai. The show, created by Italian-Belgian director Franco Dragone, had its premiere in September 2010 and is still in residence there.

Zaia, a stage production from Canadian entertainment company Cirque du Soleil and that was based at Sands China’s Venetian Macao, ran from August 2008 to February 2012.

Other casinos in Macau have offered resident shows, but of smaller size, with some targeting an adult audience.

All the Macau casino operators are currently seeking to increase the amount of non-gaming, mass-market entertainment they offer to customers.

The operators have been driven by the push of Macau government policy – as the city seeks to diversify its economy away from hardcore gambling – and the pull of falling VIP gambling revenues from mainland Chinese players. Analysts say the high roller segment has suffered due to factors including China’s anti-graft campaign and its slowing economy.

Galaxy Entertainment acquired the property from the previous owners in 2013 for a consideration of HKD3.25 billion (US$418 million). It was then extensively remodelled and refurbished at a cost of HKD5 billion, and reopened on May 27, the same day as Galaxy Macau Phase 2.