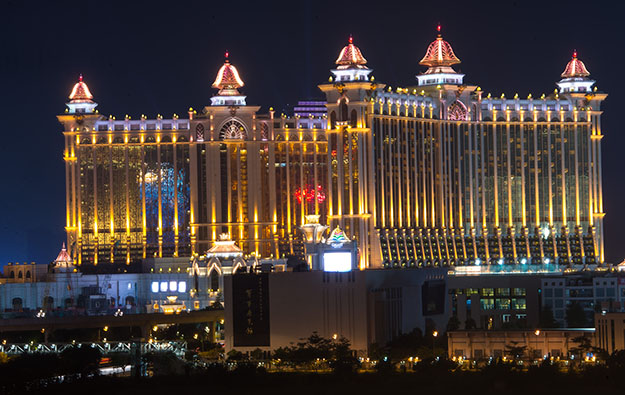 Macau casino operator Galaxy Entertainment Group Ltd is forward-paying part of what it terms its “annual discretionary bonus” for staff.

Eligible employees will receive the first portion of the bonus with their September salary. Such type of bonus had previously been paid in whole immediately prior to Chinese New Year, which annually falls in either January or February.

In a Chinese-language press release issued on Wednesday night, Galaxy Entertainment said the decision to split the latest bonus payment and bring forward payment of part of it was made following “encouraging business results in the first half of 2017”.

Galaxy Entertainment’s profit rose 81 percent in year-on-year teams in the first half to June 30, it announced on Thursday.

The second part of the annual discretionary bonus will be paid in February 2018, before Chinese New Year, the firm said.

The special bonus arrangement was announced following news reports that claimed hundreds of Galaxy Entertainment employees went to Macau’s Labour Affairs Bureau (DSAL) with complaints about their working conditions at the time of Typhoon Hato, which struck Macau in August 23. According to news reports some staff complained of unpaid overtime work and insufficient resting time.

In an email to GGRAsia on Thursday evening, the company confirmed that the previous day a meeting had been held between Galaxy Entertainment management, employee representatives and trades union officials, as well as several members of Macau’s Legislative Assembly, to discuss the issue of reported staff grievances.

But the email added that a planned Wednesday afternoon meeting between the company, three employee representatives and “DSAL officers to discuss … requests about the benefits and work arrangements previously proposed by the employees”, had not gone ahead. The casino operator said the reason for the postponement of the encounter was “emergency cases that needed to be handled immediately”. The company did not specify what the emergencies were.

“After that, [the firm] received news that about 300 people, including representatives from different trade unions were gathering at DSAL, requesting to meet with [the firm] immediately,” said Galaxy Entertainment in the email.

Galaxy Entertainment noted in its email to us that the firm had “proactively responded to the various appeals of the employees over the past few days and hoped that they would accept. Moreover, [it] also promised to “follow up the remaining requests in a proactive manner,” the casino operator said, without specifying what the “requests” were.

In the Wednesday press release about the special arrangement for payment of the latest annual discretionary bonus, Galaxy Entertainment had also announced that employees who were the recipients of a “special share award” – one of the company’s employee retention measures that award company shares to full-time staff at senior manager grade or below – would be able to trade one-third of the shares they were awarded before the original “vesting date” of December 31, 2017.

The press release also mentioned a special, backdated one-off allowance – applicable to the Typhoon Hato event – of MOP1,000 (US$124.1) and MOP200 transportation allowance for employees in front-line operations, as well as financial support for employees whose personal belongings were damaged by the typhoon.

The Galaxy Entertainment press release concluded: “Galaxy Entertainment hopes that the above measures can assist our colleagues in weathering the difficult circumstances… Since Typhoon Hato, both Galaxy Entertainment and our employees have learned an important lesson. The reason to react immediately is to show the employees that we treasure their opinions and make instant improvement on arrangements regarding their safety and benefits.”

Employees of Galaxy Entertainment who joined the firm on or before June 30 this year will be eligible for the September part-payment of the annual discretionary bonus, which was equivalent to 0.75 of a month of basic salary and “guaranteed tips”. For those that joined the company on or after January 2, 2017, the bonus would be paid proportionally, the firm said in the press release.

It is likely that Macau will shortly have a third round of citywide centre-based Covid-19 testing in little more than a week, after the results so far of a second mass test – that was due to finish... END_OF_DOCUMENT_TOKEN_TO_BE_REPLACED