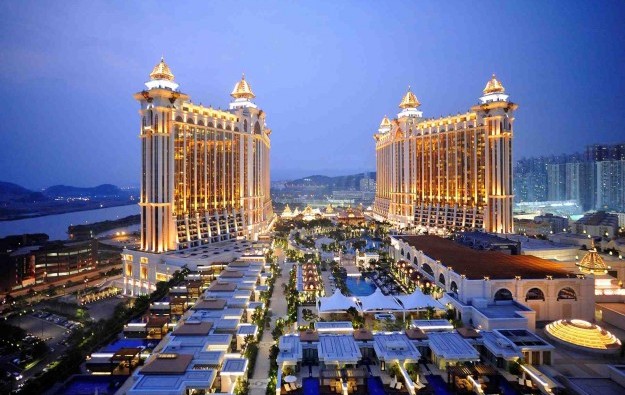 The firm, which operates the Galaxy Macau (pictured) and StarWorld casinos, saw its market share of gross gaming revenue (GGR) increase to 22.9 percent in September, according to industry figures compiled by GGRAsia on Monday.

Sands China Ltd, which had recaptured the top position in August, saw its market share decline to 21.8 percent last month. SJM Holdings Ltd dropped to third with 20.9 percent of the market.

Analysts had also warned of a slowdown in mass revenue last month.

“We estimate that the mass market (table only) could be up by around mid-teens (percentage year-on-year) in September, similar to +15 percent year-on-year in August,” wrote the analysts at the investment bank.

September was the fourth consecutive month of declines in GGR judged against year prior periods and the lowest monthly result in nearly two years.

“The absolute dollar level of GGR was the lowest in nearly two years (November 2012 at MOP24.9 billion), with all intervening months well in excess of MOP26 billion,” Union Gaming Research Macau Ltd said in a note also on Monday.

Despite the weak results for September, shares of the six casino concessionaires in Hong Kong trading rose no less than 3.6 percent on Monday as tourism arrivals to Macau jumped in the first five days of October.

Total visitor arrivals during the first five days of the National Day Golden Week holiday rose 14.4 percent from a year earlier, the Macau Government Tourist Office said on its website on Monday. More than 81 percent of all visitors were from mainland China, up by 13.9 percent year-on-year.

Most of Macau’s casino operators are likely to generate positive free cash flow in the first quarter, given the robust recovery level of mass-market gross gaming revenue (GGR) in January, relative... END_OF_DOCUMENT_TOKEN_TO_BE_REPLACED