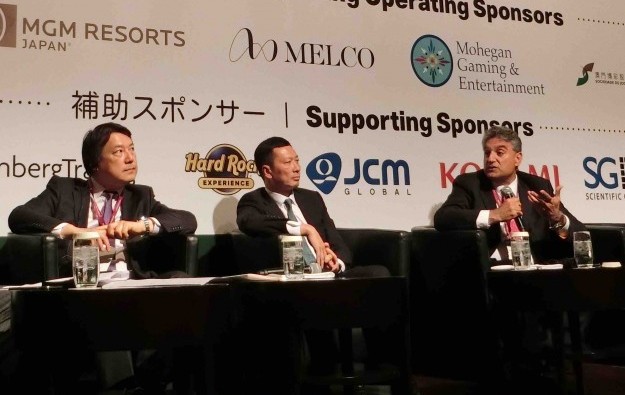 “I am sure whatever we build according to our research will be well received by domestic customers,” said Mr Chan, adding that if the company won a licence to build a casino resort in Japan it would also be looking to expand the range of source markets supplying foreign visitors to the country.

“I think Japan is such an incredible country, with a population of 126 million and the … transportation network is also incredible, so we don’t worry too much about the [performance of the] non-gaming [segment] as we do in Singapore, Australia or Macau,” said the executive.

Mr Chan noted however that for an integrated resort to be successful in Japan it would have to be able to contend with increasing regional competition. The term “integrated resort” or “IR” is used in Japan to describe large-scale gambling resorts with ancillary leisure facilities.

“Unlike 20, 30 years ago … nowadays you have a lot of great IRs in this region,” stated the executive. “So, we have to be competitive in order to attract these [international] customers, including those from major markets such as mainland China,” he said.

Galaxy Entertainment announced in April that it had signed a two-year title sponsorship for a sports annual event designed to promote its business in Japan. In mid-2018, the operator launched a scheme to bring to Macau groups of Japanese university students, for them to learn more about integrated resort management.

Ragheb Dajani (pictured, right), head of planning at Galaxy Entertainment Japan, said the firm would work closely with SBM “to create the best possible product” that would work in Japan.

“There are no preconceived ideas … [but our] thinking is about matching the product that we envisioned to the type of customers we expect in this market … the premium customers,” said Mr Dajani.

The group was planning “unique buildings, iconic buildings, but the experience of the resort is what is going to set [it] apart” from the competition, he added.

A Macau court was offered evidence on Monday, including of recordings from police-wiretapped telephone conversation, that the prosecution says proves the direct involvement of Levo Chan Weng Lin... END_OF_DOCUMENT_TOKEN_TO_BE_REPLACED