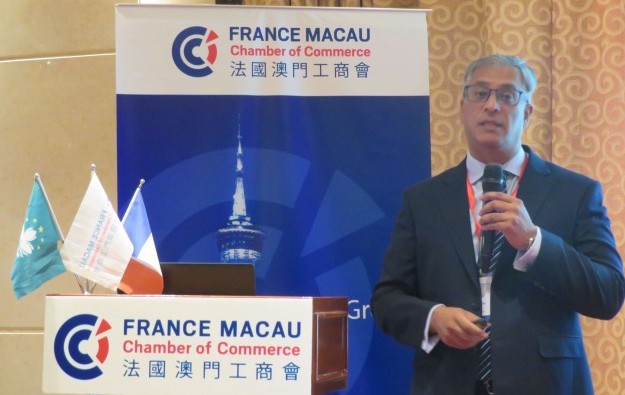 Galaxy International Convention Center (GICC) – part of the coming Phase 3 of the Galaxy Macau casino resort on Cotai – is likely to be launched in stages starting from the second half of this year, says an executive of the resort’s promoter Galaxy Entertainment Group Ltd. Joey Pather (pictured), the firm’s senior vice president of meetings, incentives, conferences and exhibitions (MICE) operations & sales at new resort, was speaking on Wednesday on the sidelines of an event hosted by France Macau Chamber of Commerce.

Introduction of the MICE component to Phase 3 would be a “gradual” process, dependent on “market response” amid the visitor market’s recovery from the Covid-19 emergency.

The company had received “a lot of enquiries”, especially from mainland China-based clients, regarding Galaxy International Convention Center, Mr Pather noted in his comments to local media. Trade associations had shown interest, as well as companies “looking for a big facility” to host staff-incentive events, he explained.

Mr Pather noted rival operators were also due to be launching – from this year – additional MICE space on Cotai. He suggested this could act as “stimulation” for events business in the city, rather than a route to “cannibalisation”, notwithstanding the fact the Macau visitor market was still in a recovery phase.

From “clients’ perspective”, it gives them “more choice of offerings”, Mr Pather remarked.

“I think it will be a competitive market that will… benefit everyone,” the executive added. He also believed that Macau’s events market would “mature” in the long-term, as the city still had for overseas-based planners of events, a special advantage as a “gateway to China”, relative to other would-be host cities for MICE events.

On Sunday, Galaxy Entertainment said it had signed a deal equivalent to US$1.63 billion with a local unit of China State Construction International Holdings Ltd for the building of Galaxy Macau Phase 4.

Macau is to create distinct zones on its casino floors and designated gambling chips that will be solely for the use of players from overseas. The moves will be part of a new gaming tax system to... END_OF_DOCUMENT_TOKEN_TO_BE_REPLACED