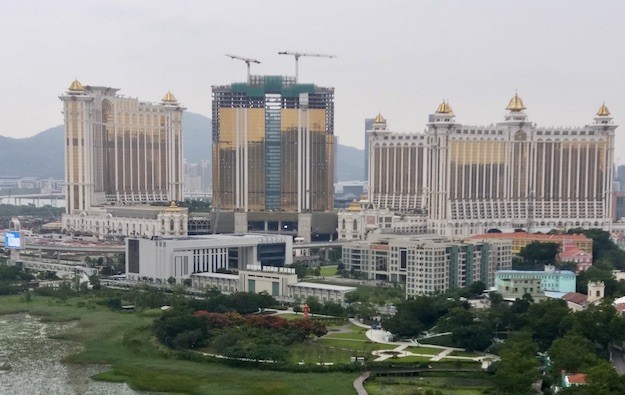 The completion date for Phase 3 at the Galaxy Macau casino resort (pictured) on Cotai has been pushed back to the second half of 2021, flagged separately two separate brokerages citing commentary by the management of the venue’s promoter, Galaxy Entertainment Group Ltd.

Hong Kong-based analyst Andrew Lee of Jefferies Group LLC said in a Tuesday note that Galaxy Macau’s Phase 3 completion date has been “delayed slightly to the second half of 2021,” according to information provided by the casino operator’s management.

Brokerage Sanford C. Bernstein Ltd mentioned a similar timeline for the Phase 3 launch, saying it “may come in a phased manner depending on business conditions”.

Galaxy Entertainment had mentioned in commentary filed on Tuesday with the Hong Kong Stock Exchange, that development of Phase 3 and Phase 4 of the Galaxy Macau property “may be impacted” because of the Covid-19 pandemic. The commentary was part of the firm’s unaudited highlights of its third-quarter results.

“At this point we cannot quantify the impact, but we will endeavour to maintain our schedule,” the filing had noted.

GGRAsia approached Galaxy Entertainment for comment on the suggestion that completion of Phase 3 would be “delayed slightly” and occur in the second half of next year. We had not received a reply by the time this story went online.

The company had mentioned earlier this year that it was aiming at a first-half 2021 launch for a portion of Phase 3 of Galaxy Macau.

For the three months to September 30 this year, Galaxy Entertainment reported net revenue of HKD1.55 billion (about US$200 million), down 87.8 percent year-on-year, but up 34.8 percent sequentially from the second quarter.

Sanford Bernstein noted in its Tuesday memo that Galaxy Entertainment had “already achieved” break-even in terms of earnings before interest, taxation, depreciation and amortisation (EBITDA), during the month of October. That was after the casino firm reduced its daily operating expenses to US$2.3 million in the third quarter this year, wrote analysts Vitaly Umansky, Tianjiao Yu and Kelsey Zhu.

The imminent return of package tours from mainland China will not only help boost Macau’s tourism businesses, but is also expected to help casinos gain more foot traffic in their mass gaming... END_OF_DOCUMENT_TOKEN_TO_BE_REPLACED