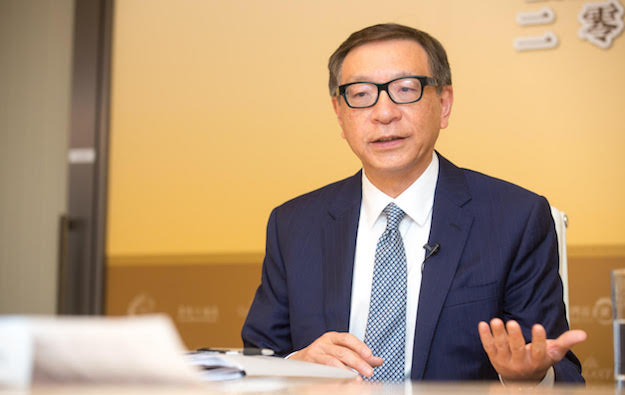 Mr Lui was speaking to reporters in Hong Kong, on the sidelines of his firm’s annual general meeting on Thursday.

He was asked about an opening timetable for Phase 3 of Galaxy Macau, which is said to be ready. Mr Lui reiterated commentary given in the group’s first-quarter results highlights, and mentioned in previous quarterly or half-year updates: that its launch would be tied to “prevailing market conditions”.

Factors affecting earnings, say investment analysts, have included periodic restrictions on travel from mainland China to Macau amid Covid-19 outbreaks on the mainland, and a sharp decline in VIP gambling business, coinciding with the operators largely for now ending cooperation with third-party junkets, as well as mainland China tightening controls on cross-border money transfer.

Galaxy Phase 3 and 4 combined – which the operator describes as having a “strong focus on non-gaming” – will provide approximately “3,000 high-end and family rooms and villas”, and a 16,000-seat, multipurpose arena. There will also be space for meetings, incentives, conferences and exhibitions (MICE) business, food and drink outlets, and shops, as well as casino facilities, according to the firm’s latest results filing.

On Thursday deputy chairman Mr Lui also made brief remarks on Macau’s anticipated new public tender for gaming rights. The current six operators are due to see their rights expire on June 26, although they have respectively applied for an extension until December 31, at the local government’s invitation, while it prepares plans for a new concessionary setup.

Mr Lui said: “We anticipate that, by June 26… the Legislative Assembly will vote [on] and approve” an amendment to the city’s gaming law. The local government said that is a necessary step before there can be a new concessionary regime.

The Galaxy Entertainment boss added: “We are very confident that the [Macau] government will, after July, start the public tender work within a short period of time. We also believe that the government… will complete the [public tender] work by year-end, so that our operation can seamlessly continue into next year.”

The gaming law amendment affirms Macau will have no more than six concessions, and no sub-concessions; and a gaming concession period of up to 10 years – with some leeway for short extensions – rather than the maximum 20-year concession lifespan – with the possibility of short extensions – permissible under the current gaming regulatory framework.

A report issued in March by banking group JP Morgan, said it expected a new public tender process to start in the third quarter this year, with permits to be awarded in the fourth quarter, ready for a new 10-year licence period coinciding with the beginning of 2023.

Macau casino services firm Macau Legend Development Ltd says that a review conducted by an independent consultant “did not note any irregularity” in the dealings between the company and... END_OF_DOCUMENT_TOKEN_TO_BE_REPLACED