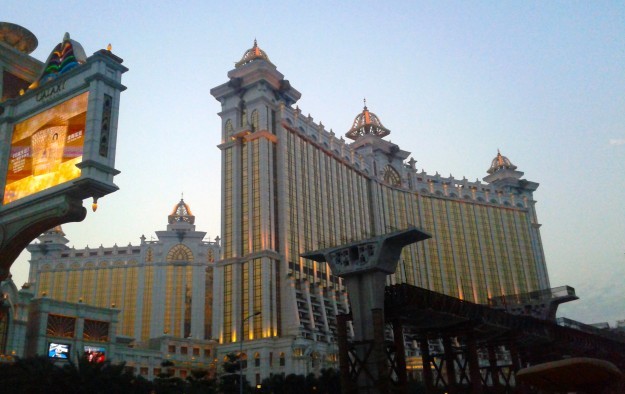 Macau casinos took eight of the top ten places in a ranking for the world’s top venues by gross gambling yield (GGY) in the Global Gambling Report’s 10th edition published on Tuesday. Singapore’s two casino resorts are in ninth and tenth spot respectively, according to the report produced by U.K-based Global Betting and Gaming Consultants (GBGC).

The report notes however that the United States is still the largest casino market in world, with US$62.16 billion in GGY in 2014, compared to Macau’s US$45.15 billion. The U.S. figure includes GGY from tribal casinos as well as from commercial ones.

Canada, Singapore and Australia – the next-ranked markets – trail well behind, with annual GGY of approximately US$7.30 billion, US$4.11 billion and just under US$4.00 billion respectively.

In number one position by property and judged by GGY is Galaxy Macau (pictured), the flagship Cotai resort of Macau concessionaire Galaxy Entertainment Group Ltd. It generated US$5.85 billion in 2014, according to a summary of the report.

GBGC defines GGY as revenue paid by the customers, minus paid winnings – a definition also employed by the U.K.’s Gambling Commission.

Las Vegas Sands Corp, the U.S.-based parent of Sands China, is in ninth spot, with its Marina Bay Sands property in Singapore, generating GGY of US$2.57 billion in 2014; while Genting Singapore Plc is in tenth spot with its Resorts World Sentosa property producing US$1.76 billion.

The report added that the top casino on the Las Vegas Strip in Nevada by GGY is Wynn Las Vegas at US$0.69 billion.

The consultancy noted however that comparisons between Macau and Las Vegas were not on an apples with apples basis. “Las Vegas has diversified its product mix towards entertainment, food and beverage where the split is probably 55 percent entertainment and 45 percent gaming,” stated GBGC.

Macau casino operator MGM China Holdings Ltd had a “record” market share in January, and its venues were the “highest-earning businesses” in the portfolio of the majority owner MGM Resorts... END_OF_DOCUMENT_TOKEN_TO_BE_REPLACED