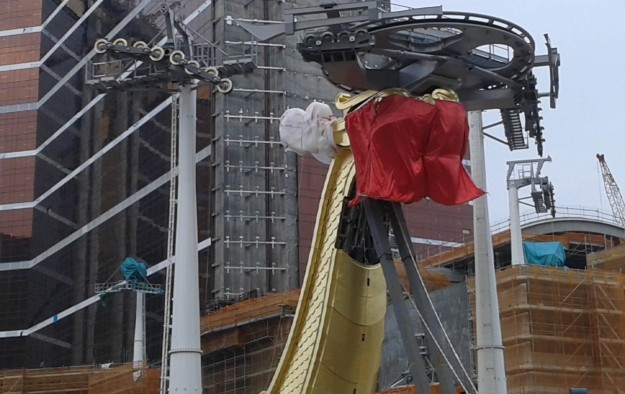 Any fresh delay to the under construction Wynn Palace casino resort on Cotai would be most likely to benefit the two most recently opened properties in Macau’s new gambling zone, says a note from Morgan Stanley Asia Ltd.

The institution mentioned that Galaxy Macau Phase 2 and its sister site Broadway Macau – that jointly launched on May 27 – and Studio City, which opened on October 27, are all still building up their gambling businesses.

“Any potential delay in opening of Wynn Palace will be positive for the market due to limited competition,” said Morgan Stanley analysts Praveen Choudhary and Alex Poon.

Telsey Advisory Group said in a January 25 note there were industry rumours suggesting the “possibility” of the June 25 opening date “being pushed out further”.

The following day, Wynn Macau made public in a filing to the Hong Kong Stock Exchange a letter it had sent to its Wynn Palace construction contractor. It spelled out financial penalties were the contractor to miss agreed construction milestones ahead of the planned June 25 opening.

Were such slippage in the Wynn Palace timetable to occur, “Galaxy [Entertainment Group Ltd] and MPEL [Melco Crown Entertainment Ltd] will be the key beneficiaries as they ramp up their new casinos and benefit from further addition of 100 and 50 mass [market] tables, respectively, on January 1,” said Morgan Stanley.

Morgan Stanley’s analysts were referring in their note to incremental table allocation for the Cotai newcomers. The January 1 increment raised to 250 the number of new-to-market tables the Macau government gave to Galaxy Entertainment and Melco Crown in return for their new Cotai investments.

Brokerage Union Gaming Securities Asia Ltd said in a note on November 18 it expected Wynn Macau to get 250 tables for Wynn Palace in line with the other new Cotai schemes.

Galaxy Phase 2 and Studio City launched into a challenging Macau market, with casino gross gambling revenue down 34.3 percent in full-year 2015.

Paradise Co Ltd, an operator of foreigner-only casinos in South Korea, reported casino revenue of nearly KRW48.65 billion (US$39.8 million) for January 2023, according to a Thursday filing to the... END_OF_DOCUMENT_TOKEN_TO_BE_REPLACED