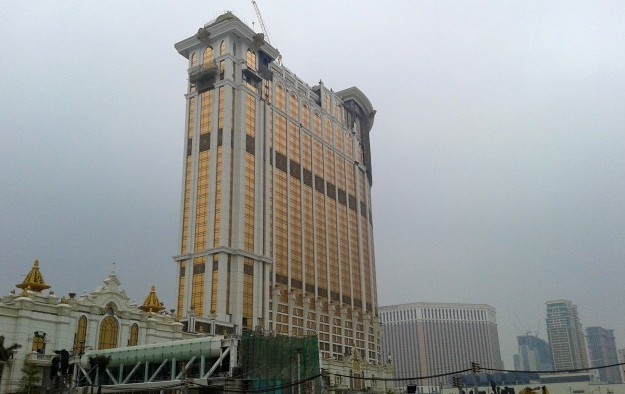 Buddy Lam Chi Seng, vice president of public relations at Galaxy Entertainment, told GGRAsia by email that the company had no comment on the analysts’ reports. The firm’s shares were down 0.40 percent by 4pm in Thursday trading in Hong Kong, at HKD37.50.

The official table numbers for Galaxy Macau Phase 2 have been eagerly awaited by investors – and Galaxy Entertainment’s market competitors – as a likely guidepost to the Macau government’s attitude to gaming market growth in the city in the next few years.

The reports on the possible number of new-to-market tables for Galaxy Macau Phase 2 come from Daiwa Securities Group Inc and Japanese brokerage Nomura.

“According to industry sources, Galaxy Macau Phase 2 (GM2) is likely to be granted around 150 tables and GM2 may open with approximately 200 gaming tables and 600 slot machines,” said a note from Daiwa’s Jamie Soo and Adrian Chan.

“Our view…has been that any number under 100 would be negative for the sector. Any number between 100 and 150 would be essentially in line with expectations,” added the Nomura trio.

“If it is correct, our estimated table allocation of 200-400 for Las Vegas Sands, MGM, and Wynn is a reasonable estimate,” added Nomura, referring respectively to new Cotai projects by Sands China Ltd, MGM China Holdings Ltd and Wynn Macau Ltd.

In commentary on the likely impact on Macau gaming stocks of the Galaxy Macau Phase 2 table reports, Nomura said: “If the margin compression for LVS and Wynn had not been so significant, then Galaxy’s table allocation could have been a positive catalyst for the group [of equities]… The key to improved performance for the sector is policy relaxation from the government, which we view as unlikely. Therefore, we remain cautious on the sector.”

It includes shifting gaming tables with the most number of player seats to Galaxy Macau Phase 1; moving tables from closed junkets at StarWorld Macau on the peninsula; and “introducing new live-dealer multi game (LMG) terminals on the floor but the exact number of terminals remain uncertain”, added Daiwa.

“It is now well established that: 1) the cumulative designed gaming-table capacities of properties opening between 2015 and 17 will exceed the government cap by fourfold, and 2) operators will not get their entire designed-table allocation,” said Daiwa.

Galaxy Entertainment’s new opening on May 27 is merely the first of six new multibillion U.S. dollar or equivalent schemes due to come into the market between this year and 2017.

The Macau government said as recently as April 14 that it had not yet decided on table allocation for Galaxy Macau Phase 2. Although it is common for concessionaires in that market to talk about “table capacity” in advance of a new opening, investment analysts have told GGRAsia privately that they cannot think of a precedent where even background guidance on likely table numbers at opening has been so carefully guarded by the operator and the authorities.

Macau was already operating under a table cap system from the city’s government effective since January 1, 2013. It is designed to limit compound annual growth in the number of new tables to three percent until December 2022 – from a base of 5,485 tables as recorded by the local casino regulator at the end of the fourth quarter 2012.

Since the cap was announced, successive Macau administrations have said that table allocation for new Macau casino projects would be judged not on a first-come-first-served basis, but by a range of criteria including each scheme’s contribution to non-gaming tourism, to employment and career development of locals, and its general contribution to diversification of the local economy.

It is not yet clear whether the assessment process will be conducted in public or private, although the government has promised what it calls a “mid-term review” of the six concessionaires either this year or next year.

Galaxy Macau Phase 2 and next-door HKD5-billion Broadway at Galaxy Macau, are due to open the same day. Francis Lui Yiu Tung, vice chairman of Galaxy Entertainment, told GGRAsia on March 30 that Broadway was likely to launch with 30 tables.