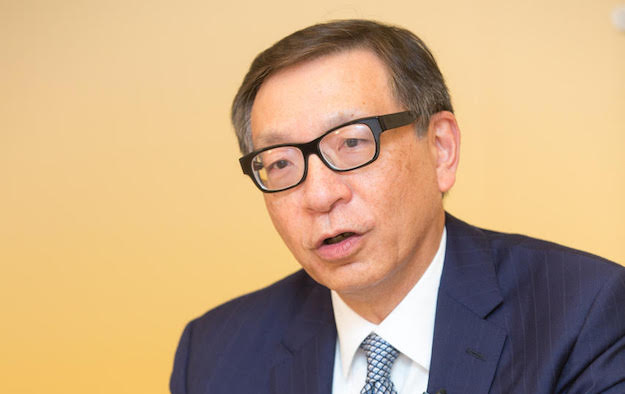 Francis Lui Yiu Tung (pictured in file photo), vice chairman of Macau casino operator Galaxy Entertainment Group Ltd, says he anticipates that the expansion in mainland China, Macau, and Hong Kong of Covid-19 vaccination programmes will have a positive impact in the second half this year, on the outlook for the Macau tourism market.

Mr Lui for his part, raised the hope there might be some form of ‘vaccination passport’ to ease the formalities of mainland travellers coming to Macau. Some health experts – including Macau health officials – have said a vaccination scheme does not necessarily remove the need for testing of travellers for Covid-19 infection. Mainlanders currently need a ‘negative’ test certificate for Covid-19, with a seven-day validity, in order to enter Macau.

The entrepreneur also said that he was looking forward to the positive impact of Covid-19 vaccination to the future easing of travel restrictions between mainland China and Hong Kong.

Mr Lui stated in remarks carried by Hong Kong public broadcaster RTHK: “As long as the [Covid-19] pandemic is controlled, the potential demand [for leisure] is high.”

The executive added “many people” from Hong Kong had “longed for a travel bubble” similar to that enjoyed by many mainland residents, “so that they can make leisure trips… and their first choice is to come to Macau.”

Mr Lui further noted, regarding his own company’s offer in phase three of its flagship Galaxy Macau venue on Cotai, and the offer of some rivals in the market: “We have many new facilities that will be gradually launched in the second half of this year… in my opinion, the market condition will be even better by then.”

Of the 3,000 hotel rooms to be added in phase three – and then later phase four – of Galaxy Macau, the firm is seeking to appeal to “mass and high-end mass market customers”, Mr Lui had mentioned 11 days ago in commentary to the media regarding Galaxy Entertainment’s fourth-quarter and full-year 2020 results.

In his remarks in Beijing, Mr Lui said he was looking forward to the adoption of a “Covid-19 vaccine passport” scheme in future, and the eventual waiving of quarantine measures, Chinese-language economic news outlet the Hong Kong Economic Journal reported.

China’s foreign minister, Wang Yi, had mentioned on Sunday – as cited by mainland media – the possibility of some form of mutual recognition between China and other, unidentified, jurisdictions, regarding citizens’ Covid-19 vaccination record and health status.

The Hong Kong Economic Journal mentioned casino boss Mr Lui as saying that he believed the Macau authorities could “do better”, in their travel campaigns promoting the city as a safe, “quarantine-free” destination for mainland Chinese.

The Macao Government Tourism Office (MGTO) said in a Friday statement that it was working with the city’s trade and investment agency, the Macao Trade and Investment Promotion Institute, to introduce various promotional activities for inbound travel to Macau, and for the meetings, incentives, conferences and exhibitions (MICE) trade, in cities of the Guangdong-Hong Kong-Macau Greater Bay Area.

The latter is an urban cluster encompassing a number of cities in the mainland’s Guangdong province, and China’s two special administrative regions (SARs). Macau and Hong Kong. It is being touted by the central government as an initiative further to integrate the mainland economy with the SARs.