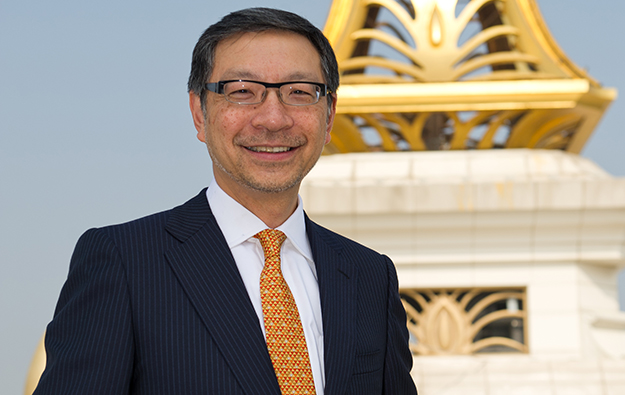 A member of the founding family at Macau casino operator Galaxy Entertainment Group Ltd says he is “not worried” if the gaming regulator in the U.S. state of Nevada wishes to make probity checks on the firm after news it was taking a 4.9-percent stake in U.S.-based Wynn Resorts Ltd for US$927.5 million. He also said Galaxy Entertainment would be a “passive” investor in Wynn Resorts.

“We are fully transparent. The regulators always have the right to look into things that might interest them. I am not worried at all,” stated the executive.

Mr Lui said his firm was a “passive” investor in investor in Wynn Resorts and would “like to leave it at that for the moment”.

At the weekend, Paulo Martins Chan, head of Macau’s casino regulator, the Gaming Inspection and Coordination Bureau, spelled out that the deal did not breach local laws on permissible levels of cross-ownership in local gaming firms.

Mr Lui said that the deal might actually help the prospects of Macau casino operator Wynn Macau Ltd in the Macau market. Wynn Resorts is the parent of Wynn Macau Ltd. Galaxy Entertainment and Wynn Macau will see the expiry in 2022 of their current Macau gaming rights. The Macau government has not yet said how it will handle the issue of possible refreshment of such rights. Some commentators have wondered whether the sale to Galaxy Entertainment of shares in the Wynn Macau’s parent business – and the turmoil in Wynn Resorts that led to the resignation of founder Steve Wynn and disposal of his own 11.8 percent stake in Wynn Resorts, amid allegations of sexual harassment spanning decades – might have a negative effect on Wynn Macau’s prospects in the Macau market.

Mr Lui said of his firm’s share buy in Wynn Resorts: “It is a win-win. Yes, I think we have given them something they value and I think in return we are investing in a very nice company.”

He added, referring to Wynn Resorts: “They have great quality assets, they are one of the better-run companies in the world and we are happy that we are able to buy a small part of them.”

The interview also gave some reaction from Mr Lui regarding his firm’s recently-announced US$500-million Boracay project and controversy about environmental issues on that Philippine holiday island.

“We support the government-initiated clean up,” Mr Lui said. “It is the crown jewel of the Philippines. It should be kept high-quality and sustainable,” he added, reiterating previous comments that construction was likely to start next year and take three years.

The published interview made no mention of Galaxy Entertainment’s ambitions for a Japan casino licence, although the firm is on public record as having expressed interest in such an opportunity.

More than 500 people are still inside the Grand Lisboa casino hotel after the complex was locked down on Tuesday by the local authorities, said an official during a Wednesday afternoon briefing on... END_OF_DOCUMENT_TOKEN_TO_BE_REPLACED