Gambling in Crimea, Sochi no threat to Vladivostok: analyst 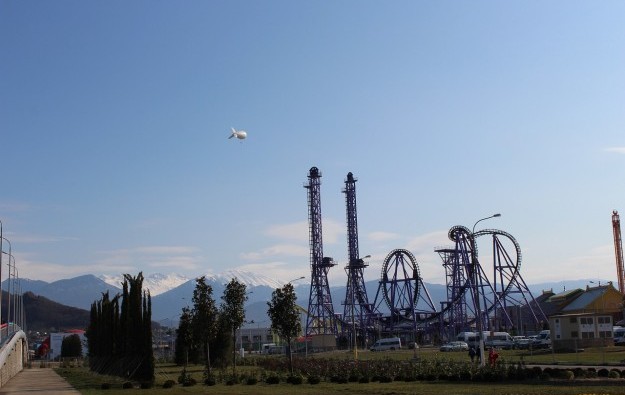 Russia’s President Vladimir Putin signed a law on Wednesday allowing the establishment of gambling zones in Sochi (pictured) and Crimea, in a bid to boost their development with casino revenues.

“I do not see either one of these locations having any impact on Vladivostok,” Mr Gallaway told GGRAsia. “Vladivostok’s market is Asia, primarily northeast China. Sochi and Crimea’s market would primarily be Russia,” he added.

The newly-announced gambling zones in the west would be competing among themselves, and some cannibalisation “would likely occur”, said the industry consultant. “But it [cannibalisation] would be spread throughout the region to summer destinations with gaming [that are] popular to Russians, including Croatia, Greece and Montenegro,” said Mr Gallaway.

In Sochi, which in February hosted the Winter Olympics, casinos will be allowed in some areas of the former Olympic park.

“Adding a casino to the area would help boost tourism. In addition, as it is in a [politically] stable area, many regional gamers and tourists alike would feel comfortable visiting,” said Mr Gallaway.

In contrast, holiday travel to Crimea has been declining since Moscow annexed the peninsula from Ukraine in March, according to reports in the tourism trade press. “Even before it [tourism] faded, the demographics of the Crimean tourist did not lend themselves to a strong gaming profile,” said the GMA partner, adding that he does not expect “a casino of any significance” being built there.

Any casino built in that region would be much smaller in scale than those typically in Asia, and the Sochi and Crimea markets combined would be worth “significantly less” than Vladivostok’s potential, suggested Mr Gallaway.

GMA, which worked on a feasibility study for Vladivostok in 2012, estimates the gaming market there could generate more than US$1 billion in gambling revenue in its early stage and reach about US$5.2 billion in 10 years.

Macau recorded 69,279 visitor arrivals on the sixth day of the Chinese New Year (CNY) holiday period, showed official data. The city welcomed about 384,600 visitors in the first six days of the... END_OF_DOCUMENT_TOKEN_TO_BE_REPLACED