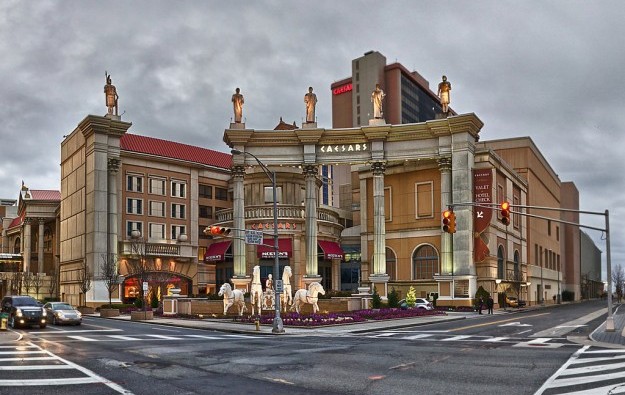 GameCo Inc, a maker of skill-based video game gambling machines, says it has approval from the New Jersey Division of Gaming Enforcement in the United States to install its products possibly “as early next week” at Caesars Entertainment group casino resorts in Atlantic City, New Jersey.

GameCo’s announcement indicates that Atlantic City – the east coast gambling hub that is viewed by some industry commentators as a rival to Las Vegas – has pulled ahead of the Nevada destination in current market deployment of skill-based games.

In May 2015, Nevada had passed a legislative bill backed by Nevada’s gambling equipment manufacturers to allow slot machines to add a skill-based, arcade-style element. Nevada’s regulations for skill-based games were published in September 2015.

A.G. Burnett, chairman of the Nevada Gaming Control Board, was quoted on Thursday by the Las Vegas Review-Journal newspaper saying: “We created the bandwagon, we actually started creating [regulations for hybrid and skill-based games] back in 2005 when we started loosening up a lot of requirements to add elements of skill.”

According to industry sources that GGRAsia has spoken to, it is not the first time that video gaming machines allowing a percentage of the return to player to be reserved for a skill element have been deployed in U.S. casinos. Gavin Isaacs, of Scientific Games Corp, told us in a 2015 interview that a legacy Bally Technologies Inc game called Pong had a skill element.

Caesars Atlantic City (pictured), Harrah’s Resort Atlantic City and Wild Wild West at Bally’s Atlantic City – all in the east coast gambling hub – will be the first venues to feature the GameCo products, according to a Thursday press release from the latter company.

GameCo, a privately held firm based in New York City, describes its product platform as an arcade-style video game cabinet and controller. Each machine is said to feature a single-player game, generally taking 45 seconds to 90 seconds to play, adapted from major developers of console, PC or mobile games.

“The patented… platform allows a player’s skill in popular video games to determine the payout and winnings, while maintaining the same casino economics as slot machines,” said the GameCo press release.

“Game genres such as action, adventure, sports, racing, fighting, platformer and casual games will soon be prominent as casinos adapt to Millennial, GenX and Boomer gamers who grew up playing video games,” added the firm, referring to three distinct demographic groups of adult consumers born since 1946.

The document also quoted David Rebuck, director of the New Jersey Division of Gaming Enforcement as saying: “We have been at the forefront of encouraging innovation and are pleased that the efforts of GameCo and Division staff have culminated in this skill-based video game becoming available in Atlantic City before any other jurisdiction in the United States.”

In September, the Caesars group announced it would deploy skill-based electronic gaming machines from Gamblit Gaming LLC at its Harrah’s Rincon property in California. Caesars additionally said it plans to try the machines in its Nevada properties, “including Las Vegas, pending regulatory approval”.

TCS John Huxley Ltd, an equipment provider to the bricks and mortar casino industry, says it has launched to market a money wheel game “designed specifically for the iGaming sector”. “Mega Tilt... END_OF_DOCUMENT_TOKEN_TO_BE_REPLACED