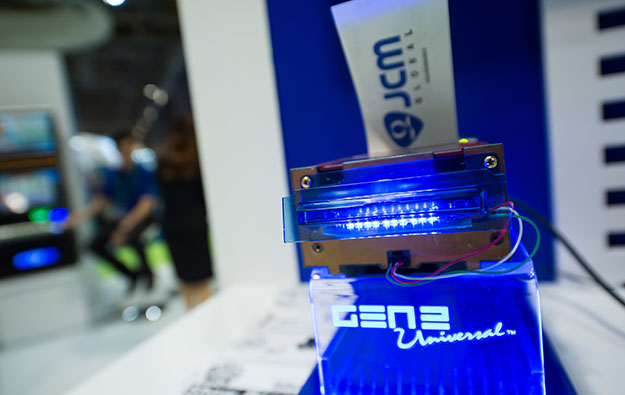 Japan Cash Machine Co Ltd, also known as JCM Global, says its net income reached JPY1.29 billion (US$11.9 million) in the fiscal year ended March 31, up 39.5 percent from the previous year. Operating income for the period rose by 43.9 percent year-on-year to JPY1.97 billion, the firm said in an English language version of its annual report, published on Tuesday.

The report quotes JCM Global’s president Yojiro Kamihigashi as saying: “The global gaming business was a driving force for operating results during the fiscal year ended March 31, 2019, enabling us to achieve both increases in sales and profits thanks to thriving demand in overseas markets.”

Net sales for the 12 months to March 31 grew by 4.7 percent year-on-year to JPY31.27 billion, said the company. Sales to overseas markets stood at JPY21.35 billion.

Sales in the group’s gaming business increased by 17.8 percent year-on-year to nearly JPY18.10 billion. They accounted for 57.9 percent of the group’s aggregate sales in the latest fiscal year. The segment recorded income of nearly JPY3.96 billion, 35.8 percent higher than in the previous year.

The company said that sales of bill validator units and other items to gaming venues “were strong thanks to a favourable market environment in the North American region”. Sales of bill-recycling units “were robust in the European region,” it added.

Mr Kamihigashi was quoted in the report as saying that the group expects a “slowdown” to the “exceptional demand” from overseas gaming markets during the fiscal year ended March 31, 2019.

JCM Global’s president added that the company plans to implement several initiatives to remain competitive, including technological improvements and expanding into new markets.

“In addition, we will respond to changes expected to occur several years from now, including the creation of integrated resorts (IRs) in Japan and changes to Japan’s paper currency,” stated the executive.

The Macau government announced on Tuesday tightening of its Covid-19 testing requirements for front-line casino staff, halving the interval between nucleic acid tests to every two days, from every... END_OF_DOCUMENT_TOKEN_TO_BE_REPLACED