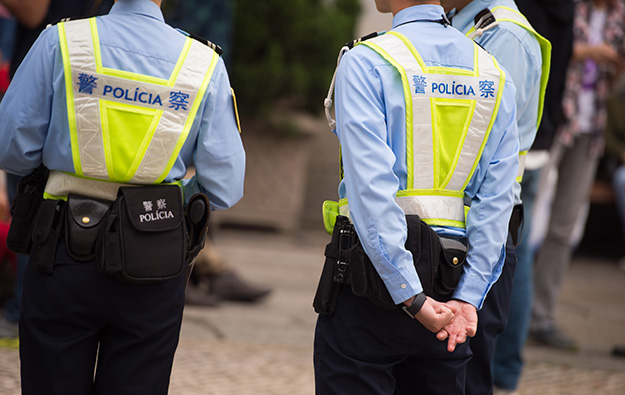 Macau recorded 257 “gaming-related” crimes in the first nine months of 2022, down 48.8 percent on the 502 identified in the prior-year period, according to the latest statistics published on Tuesday by the city’s Judiciary Police.

The authorities said the decrease was mainly the result of a decline in tourist volume during the nine months to September 30, caused by a number of Covid-19 outbreaks since the beginning of this year and associated travel restrictions, “in neighbouring regions and in Macau”.

Macau saw a 24.2-percent year-on-year decline in visitor arrivals in the first nine months of 2022, to just above 4.36 million, according to official data by the city’s Statistics and Census Service.

The police said additionally that the decrease in gaming-related crimes during the period was also “a consequence of the strengthening of the number of inspections carried out by the police” in the city’s casinos and in places adjacent to those venues.

Such effort had “revealed several cases of criminal groups related to gambling,” and the enforcement action had a “deterrent effect” on further criminal activity, it added.

The Judiciary Police said specific types of serious crime “had decreased” during the January to September period.

It recorded a total of 25 usury cases – i.e., loan sharking –  related to gambling, compared to 55 such instances a year earlier. During the first three quarters of 2022, the police handled only one unlawful-detention case, as compared to 26 such cases in the prior-year period.

A total of 65 fraud cases was recorded in the first nine months of 2022, down 60.4 percent year-on-year, showed the data.

The police also cited concerns on illicit money exchange activities that are associated with the gaming sector. It said it “intercepted” 2,899 people linked to those activities in the year to September 30, down 55.4 percent from a year ago.

In full-year 2021, the city’s Judiciary Police recorded an aggregate of 1,372 gaming-related crimes, up 23.2 percent from the previous year.

International casino operator Las Vegas Sands Corp has been ranked as the most sustainable firm in the global casino sector, according to the 2023 edition of the S&P Global Sustainability... END_OF_DOCUMENT_TOKEN_TO_BE_REPLACED