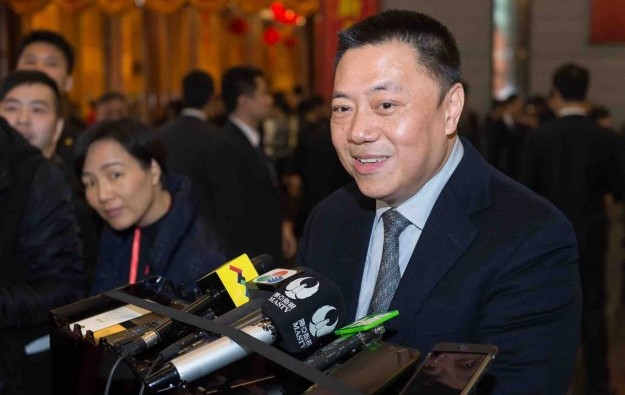 The Macau government expects to make the results of its mid-term review of the city’s gaming industry public “as soon as possible”, the Secretary for Economy and Finance, Lionel Leong Vai Tac (pictured), said on Thursday.

He added however that should only happen after the Chinese New Year holiday period, public broadcaster TDM reported. The holiday period starts on February 7.

Mr Leong had previously said the mid-term review results would be publicly announced by early this year at the latest.

In his Thursday comments to reporters, Mr Leong said the government was currently “reviewing and improving” a preliminary report submitted in September by the Institute for the Study of Commercial Gaming at the University of Macau. The institute was hired by the government to conduct the review. Works began in May 2015.

Mr Leong told reporters the main goal of the mid-term review was to understand how the city’s six gaming operators are fulfilling their contractual obligations. He added that to produce the report, the Institute for the Study of Commercial Gaming had contacted the six firms, among other sources.

The Macau government has said that how each of Macau’s six casino operators scores in the review will not have a direct impact on whether or not the government will refresh the gaming rights of those companies. The current concessions expire on varying dates between 2020 and 2022. But Mr Leong previously admitted that negotiation on the specific terms under which any such renewals might take place would be based on the mid-term review’s conclusions.

Mr Leong said on Thursday he expected the city’s gaming operators could – based on the mid-term review’s results – better understand what society expects from them. He added the document would also be useful for firms to address any shortcoming regarding their contractual duties and actual performance.

Macau’s casino gross gaming revenue (GGR) for the first five days of February is estimated at MOP1.9 billion (US$235.1 million) – or MOP380 million per day – a level that suggests a “45... END_OF_DOCUMENT_TOKEN_TO_BE_REPLACED