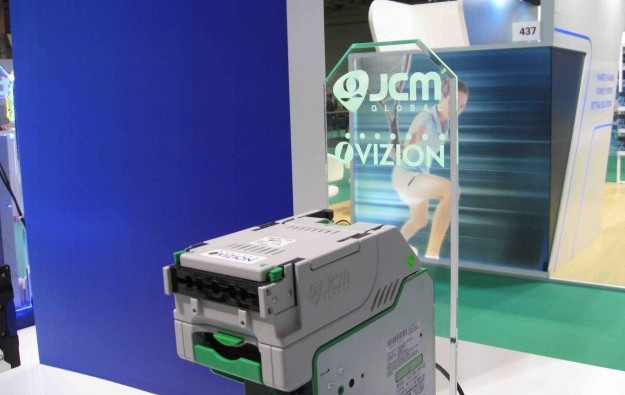 Operating income totalled JPY374 million, an increase of 43.6 percent from the prior-year period, “attributable to cost cuts in selling, general and administrative expenses, in addition to an increase in net sales,” the firm said in its latest financial results published in English.

JCM is a manufacturer of money processing terminals for casinos, game arcades and other cash transaction-based industries. The company changed the segmentation of its business in the last fiscal year. Its business is now divided into four segments: global gaming; international commercial; domestic commercial; and equipment for the amusement industry.

In its latest quarterly financial results, JCM said the gaming markets where it operates “have shown steady trends in demand”.

JCM said its global gaming segment recorded net sales of JPY4.12 billion for the three months to June 30, up by 9.2 percent year-on-year. The segment recorded an income of JPY832 million, an increase of 21.4 percent from a year earlier. The results were attributable to “strong sales performance of bill recycling units for European markets,” the company said.

Sales of slot machine-related equipment – such as automatic token supply and collection systems – contributed to a 2.5-percent year-on-year increase in sales in the amusement segment, to JPY1.89 billion. The segment recorded income of JPY76 million, compared to a loss of JPY20 million a year earlier.

Despite the increase in overall revenue, JCM recorded a net loss of JPY305 million in its fiscal first quarter, compared to net income of JPY263 million in the prior-year period.

“The rapidly rising yen over the period to the end of this first quarter led to a non-operating loss arising from a foreign currency translation adjustment loss of JPY522 million on foreign-currency denominated assets and liabilities,” the firm noted.

A representative from JCM said in a recent interview with GGRAsia that the company is collaborating with other manufacturers of casino technology on a new generation of products aimed at unlocking “greater value” for gaming operators.

An article in Macau’s draft new gaming law, to create a mechanism to dissolve an existing gaming concession in the event it was not granted a new licence after the current six concessions... END_OF_DOCUMENT_TOKEN_TO_BE_REPLACED