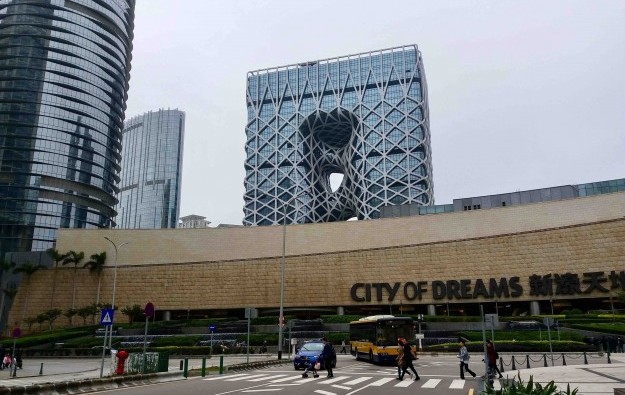 Melco Resorts and Entertainment Ltd said group-wide adjusted property earnings before interest, taxation, depreciation and amortisation (EBITDA) were back on positive ground in the fourth quarter of 2020, following two quarters of negative results.

Brokerage Sanford C. Bernstein Ltd said in a Thursday memo that Melco Resorts’ fourth-quarter EBITDA result was “helped by improving gross gaming revenue, driven by premium-mass recovery,” and “positively impacted by US$6 million bonus accrual reversal.” The result, however, was “negatively impacted year-on-year by US$23 million bad debt (compared to US$12 million in fourth-quarter 2019),” it added.

The institution quoted the management of Melco Resorts as saying it “expects credit provision to normalise into 2021.” Sanford Bernstein also noted that the casino firm’s daily operational expenditure “increased to US$1.9 million in fourth-quarter 2020, compared to US$1.7 million in third quarter, as variable costs increased with business volume recovery.”

In commentary included in the fourth-quarter results announcement, Melco Resorts’ chairman and chief executive Lawrence Ho Yau Lung said the company saw a “moderate recovery in business levels” and was “encouraged by the recent positive developments”.

Melco Resorts’ total operating revenues for the period between October and December were US$528.0 million, more than double from the US$212.9-million revenue achieved in the third quarter. Such revenue was down 63.6 percent from the prior-year period.

City of Dreams posted mass-market table drop of about US$740 million, just under half the pre-Covid-19 levels reported in the same period a year earlier. It was nonetheless eight times higher than in the July to September period of 2020.

VIP table game turnover at City of Dreams rose 69.9 percent sequentially in the fourth quarter, to about US$3.16 billion – but down 80.2 percent from the pre-Covid-19 levels in the last three months of 2019.

Meanwhile at Studio City casino resort in Macau, fourth-quarter adjusted EBITDA was negative by US$5.5 million, an improvement on the negative US$21.7 million in the third quarter. Revenues for the three months to December 31 were US$88.2 million, compared to US$30.8 million in the previous quarter.

Despite “softer performance in all gaming segments and lower non-gaming revenue” at Studio City, Mr Ho said construction on that resort’s expansion was “progressing.”

In Thursday’s filing, the casino firm confirmed that in February, the government of Cyprus “extended the opening date requirement” for the City of Dreams Mediterranean project to September 30, 2022. Previously, under the existing gaming licence, the scheme was required to open by December 31, 2021.

Melco Resorts’ operations in Cyprus remain suspended due to “nationwide measures” introduced by the local authorities in an effort to prevent the spread of Covid-19.

On Thursday, Melco Resorts said the City of Dreams Manila resort in the Philippines posted positive fourth-quarter adjusted EBITDA of US$16.8 million, up from US$5.2 million in the previous quarter. Revenues were US$63.8 million, compared to US$43.4 million in the third quarter.

Melco Resorts stressed that City of Dreams Manila has been conducting a trial run of its gaming and hospitality operations with a limited number of participants since June 19, despite a community quarantine imposed in March.

The company generated negative adjusted property EBITDA of US$104.3 billion for the year ended December 31, 2020, compared with a positive result of US$1.69 billion in 2019.

Gaming revenue at Paradise Co Ltd, an operator in South Korea of foreigner-only casinos, rose by 312.9 percent year-on-year, to KRW39.17 billion (US$27.6 million). But such revenue was down 22.4... END_OF_DOCUMENT_TOKEN_TO_BE_REPLACED