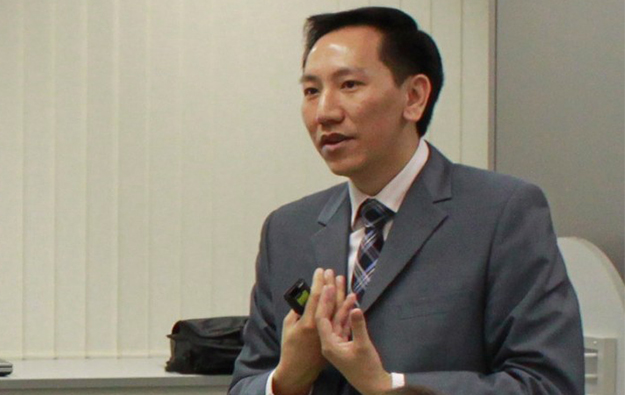 Macau-based gaming scholar Davis Fong Ka Chio has been appointed by Macau’s Chief Executive as a member of the city’s Legislative Assembly. The announcement was made on Wednesday by the Macau government in a press release.

Mr Fong (pictured in a file photo) heads the University of Macau’s Institute for the Study of Commercial Gaming. He was involved in the Macau government’s “mid-term” review report of the local casino industry, disclosed in May 2016.

In Macau, 14 seats in the legislative body are apportioned via direct election; 12 seats via indirect elections; and seven seats by appointment at the discretion of the city’s incumbent Chief Executive. The elections for the direct and indirect seats took place on September 17.

Mr Fong is not the only member of Macau’s Legislative Assembly with ties to the local gaming sector. Others include directly-elected lawmakers Angela Leong On Kei, an executive director of Macau casino operator SJM Holdings Ltd and fourth consort of Stanley Ho Hung Sun; and Zheng Anting, a local junket representative.

Chan Meng Kam – a veteran legislator and local casino boss born in the mainland’s Fujian province – did not run for re-election this year. But Mr Chan campaigned on behalf of the ticket of lawmakers Si Ka Lon and Song Pek Kei: both were re-elected.

Wednesday’s government release on the new Chief Executive-appointed lawmakers did not give reasons for the respective appointments.

Some Macau casinos visited by GGRAsia on Thursday, actually had tables that were closed, notwithstanding strong consumer demand during Chinese New Year (CNY). The reasons for some tables being... END_OF_DOCUMENT_TOKEN_TO_BE_REPLACED