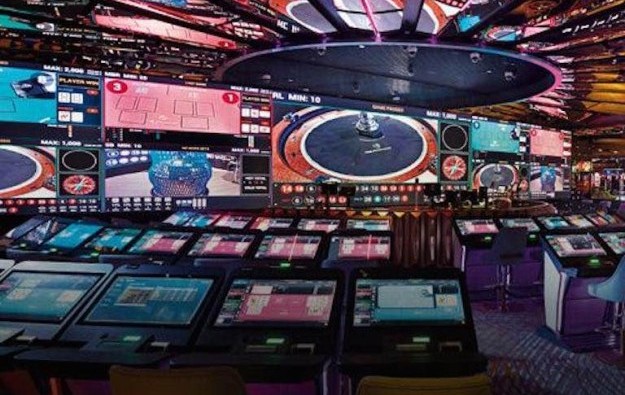 The Malaysian operations of Genting Malaysia Bhd should “turn around after the second quarter” this year, but the “drag” on the group caused by an associate, Empire Resorts Inc – which runs Resorts World Catskills, in upstate New York in the United States – “needs to be resolved soon,” said a Wednesday note from the Nomura banking group.

While Genting Malaysia’s first-quarter earnings “will likely be impacted due to an approximately one-month closure” of its flagship Resorts World Genting casino resort (pictured) near the Malaysian capital Kuala Lumpur, “second-quarter 2021 onwards should improve, in our view, led by… progress” in the drive to vaccinate consumers around the region against Covid-19, wrote Nomura analysts Tushar Mohata and Alpa Aggarwal.

The Resorts World Genting casino complex resumed operations on February 16, after being closed for more than three weeks as a Covid-19 countermeasure, due to a spike in infections in that country.

At Resorts World Genting, the SkyWorlds outdoor theme park – touted by a number of brokerages as likely to boost visitor numbers at the complex – was currently scheduled to open by mid-2021 noted Nomura in its Wednesday memo, adding that what it termed “auditions” for the hiring of park staff “are ongoing”.

For Resorts World Catskills, in the U.S., the Nomura team said it was “reasonable to assume further capital injections by Genting Malaysia will continue,” with casino operations “likely to remain loss-making for the immediate future; although the quantum of support by Genting Malaysia might be constrained until September 2021, in our view, due to related-party transaction thresholds, triggering a shareholder vote otherwise.”

At Resorts World Casino New York City, also in the U.S., run by Genting New York LLC, an entity controlled by Genting Malaysia, Nomura expects “machine count to remain at 4,500 on average” in financial year 2021 “due to social distancing requirements, and win/machine to remain just under US$400 per day”.

Referring also to a stalled venture that was to have seen Genting tie to a United States tribal casino scheme in the Northeastern U.S., Nomura stated: “for the Mashpee tribal casino, we are not very optimistic about the prospects of a writeback of the 2018 impairment”.

At Genting Malaysia’s United Kingdom casino business, casinos in that nation, along with other indoor hospitality venues, will be part of “step three” of exit from a local lockdown, but “not earlier than 17 May,” said the Nomura analysts.

“As a result, we believe revenue [and] earnings from U.K, operations will likely remain minimal until then,” they added.

Macau is to create distinct zones on its casino floors and designated gambling chips that will be solely for the use of players from overseas. The moves will be part of a new gaming tax system to... END_OF_DOCUMENT_TOKEN_TO_BE_REPLACED