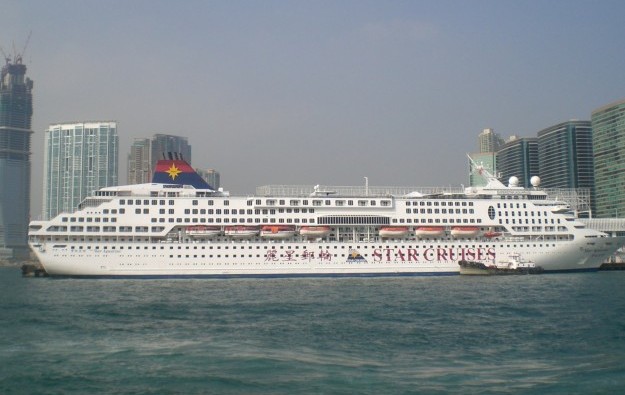 Genting Hong Kong Ltd, an operator of casino cruise ships and a joint venture casino developer and operator in the Philippines, saw its first half net profit soar by 898 percent judged year-on-year. Such profit was nearly US$2.17 billion, compared to approximately US$216.91 million in the year-prior period.

The firm said factors influencing the improvement in group wide profit during the first half included a gain on derecognition in May of an associate business – Norwegian Cruise Line Holdings Ltd – amounting to approximately US$1.95 billion.

In March 2015, Genting Hong Kong had entered into an underwriting agreement to sell 6.25 million shares it held in Norwegian Cruise Line Holdings, separately producing a gain of US$212.5 million for the group.

Genting Hong Kong said that – during the reporting period – the profit it realised from Travellers International Hotel Group Inc – a venture with a Philippines partner that operates and is expanding the Resorts World Manila casino resort in the Philippines’ capital – fell 18.7 percent to US$22.6 million compared with US$27.8 million in the prior-year period.

This was “primarily due to the decrease in gaming volume at Travellers during the period,” said Genting Hong Kong.

The latter firm said that in the first half 2015, Travellers International’s net income decreased 17.9 percent year-on-year to US$53.2 million from US$64.8 million in the same period of 2014.

Travellers International – which reports its results to the Philippine Stock Exchange on a quarterly basis – had said earlier this month that its net profit for the three months to June 30 had fallen 46.4-percent year-on-year, compared to a 1.6 percent increase in profit in the first quarter.

Genting Hong Kong nonetheless confirmed in its results filing that “in anticipation of more visitors,” Travellers International will increase its hotel capacity from 1,226 rooms to approximately 4,200 rooms in the next four years, with the ongoing construction of extensions to the Marriott and Maxims Hotels, and the development of new hotels including Hilton Manila Hotel and Sheraton Hotel Manila.

Genting Hong Kong, itself a unit of Malaysia’s Genting Group, confirmed that its Star Cruises Ltd subsidiary is due to take delivery of two new German-built vessels in the fourth quarters of 2016 and 2017 respectively.

Star Cruises offers casino cruises in international waters via home ports in Singapore, Hong Kong, Keelung in Taiwan, and Penang in Malaysia, and also uses Xiamen in mainland China as a home port.

Macau casino operator MGM China Holdings Ltd had a “record” market share in January, and its venues were the “highest-earning businesses” in the portfolio of the majority owner MGM Resorts... END_OF_DOCUMENT_TOKEN_TO_BE_REPLACED