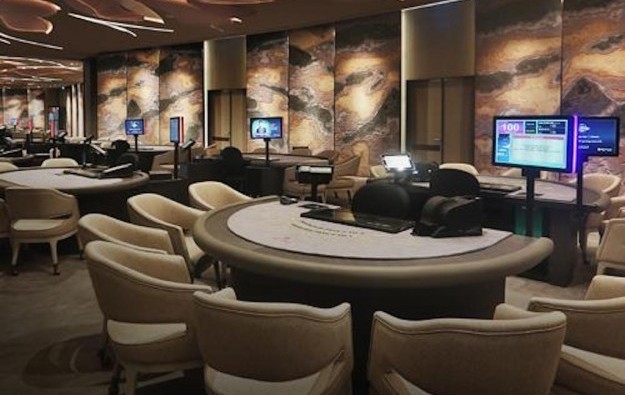 Profit at casino group Genting Malaysia Bhd fell 74.5 percent year-on-year for the fourth quarter and 59.7 percent for the full year, said the firm in a Tuesday filing to Bursa Malaysia.

But Japanese brokerage Nomura said investors would be happy with – among other things – the dividends policy of the casino firm.

EBITDA at Resorts World Genting (pictured), the casino firm’s Malaysia venue that is undergoing a major revamp, rose by 78 percent quarter-on-quarter and 15 percent year-on-year in the fourth quarter of 2017. For full year, the property’s EBITDA was down 7 percent, to MYR1.80 billion, according to Tuesday’s filing.

“Genting Malaysia’s fourth-quarter results were a beat mainly due to revenue and margin recovery at its Malaysia operations as capacity utilisation at its new facilities at Genting Highlands ramps up,” noted Nomura analysts Tushar Mohata and Alpa Aggarwal in a Tuesday note.

In the United Kingdom and Egypt – markets linked by Genting Malaysia for accounting purposes – adjusted EBITDA, a measure including the impact of foreign exchange, rose by more than 100 percent year-on-year in the fourth quarter, to MYR63.8 million. This was mainly due to higher revenue and lower operating costs, said the firm.

In the United States and Bahamas operations, fourth-quarter adjusted EBITDA fell by 56.6 percent year-on-year, to MYR38.1 million. This was “mainly due to lower revenue from the operations at Resorts World Casino New York City,” said the firm, referring to a U.S. operation. But the company added that Resorts World Bimini in the Bahamas had seen “narrowing losses driven by lower operating costs as a result of ongoing cost rationalisation”.

In a separate filing to Bursa Malaysia on Tuesday, the parent of the casino operator, Genting Bhd announced its fourth-quarter and full-year results. Fourth-quarter profit fell 75.3 percent, while full-year profit dipped 27.6 percent, to MYR590.2 million and MYR3.24 billion respectively.

The parent said that in addition to the absence of a one-off 2016 gain from a disposal of some Genting Hong Kong shares, the parent had also in fourth-quarter 2017 higher impairment losses year-on-year, “due mainly to impairment loss on the group’s investment in a life sciences associated company which is in the process of being wound up”.

Package tours from mainland China to Macau will resume from Monday, February 6, confirmed Macau’s Secretary for Economy and Finance, Lei Wai Nong, in a Friday press conference. The return of... END_OF_DOCUMENT_TOKEN_TO_BE_REPLACED