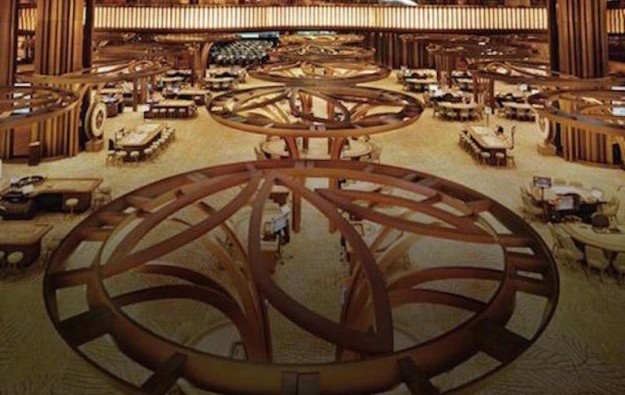 The announced 10-percentage point rise in tax on VIP casino gross gaming revenue (GGR) applicable to Resorts World Genting (pictured)  – Malaysia’s only licensed casino venue – is starting from a lower base than most investors had expected, GGRAsia has learned.

An industry source familiar with the matter told us that the points rise on VIP GGR tax was from 10 percent to 20 percent, not the 25 percent adjusted upward to 35 percent applicable to mass-market table gaming.

A 10 percentage point tax rise on GGR tax had been announced by the Malaysian government in its budget on November 2.

Industry commentators have previously told GGRAsia that – due to the large reinvestment costs incurred by casino operators in general when dealing in VIP play, such as commissions to external junkets or rebates on losses of house-managed players – margins on high-roller play are generally thinner than on the mass variety.

“The history behind this is that the VIP gaming tax rate was cut from 25 percent to 10 percent in 2003 during the SARS pandemic,” said a source, referring to an outbreak of severe acute respiratory syndrome that caused a public health emergency and depressed the tourism sector in a number of markets across Asia.

“Most thought the VIP gaming tax rate was still 25 percent at the time of the budget,” said the person.

A note from Singapore-based investment brokerage UOB Kay Hian Pte Ltd, publicised on Wednesday, cited its own “channel checks” as the source of information indicating the new VIP GGR tax rate as 20 percent, not 35 percent.

“Given that the negative impact from the gaming tax hike has been fairly priced in, and with the lower-than-initially expected VIP gaming tax serving as a pleasant surprise, investors may now refocus on Genting Group’s catalysts in 2019,” said the brokerage, referring to the parent firm of Genting Malaysia Bhd.

It added that in the light of the new information, the casino operator might not need to cut its overhead costs as dramatically as feared.

Genting Malaysia had said in a November 7 filing to Bursa Malaysia that it was “assessing the full implications”of additional taxes announced by the federal government.

The statement added the firm would take “the appropriate next course of action,” which included “a review of its marketing expenditure and cost structure to mitigate the impact of the tax increases”.

Analysts have previously indicated that cuts in casino marketing spend can in some circumstances lead to a reduction in player incentives and thus a fall in play volumes.

As well as operating Resorts World Genting, near Malaysia’s capital Kuala Lumpur, the firm also runs casinos in the United States and the Bahamas, and in the United Kingdom and Egypt. In the latter four markets, other – local – taxes on gaming business are understood to apply.

The share price of the Genting Malaysia unit took a battering on the local bourse, Bursa Malaysia, following the November 2 Malaysian budget announcement.

Most of Macau’s casino operators are likely to generate positive free cash flow in the first quarter, given the robust recovery level of mass-market gross gaming revenue (GGR) in January, relative... END_OF_DOCUMENT_TOKEN_TO_BE_REPLACED