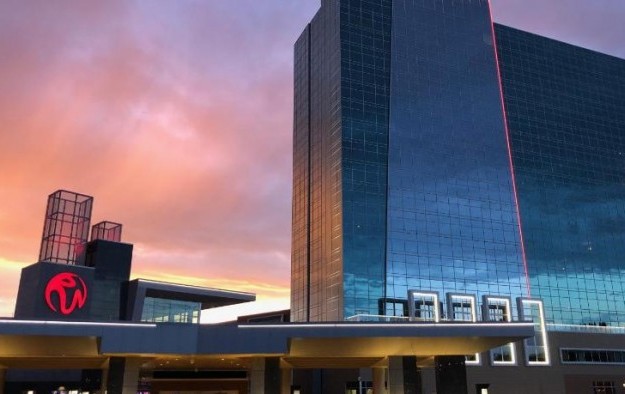 Nomura banking group says there is  “limited room” in the near term for casino investor Genting Malaysia Bhd to realise “further capital injections” into Empire Resorts Inc, an associated that runs Resorts World Catskills (pictured), in upstate New York in the United States. But a further capital injection could be done after September, without the need for a minority shareholder vote, added the institution.

Genting Malaysia Bhd said in a Friday filing it had agreed to subscribe for up to US$20 million of “Series L” preferred stock in Empire Resorts. The latter company became in 2019 an associate of Genting Malaysia and vehicles held by Genting’s controlling Malaysian dynasty, the Lim family.

Nomura suggested in a Monday note that related-party transactions – such as the Empire Resorts capital injection – “above an aggregate value of 5 percent of net book value of Genting Malaysia, done cumulatively over a rolling 12-month period, will need a minority shareholder vote.”

The brokerage stated that due to the “lower book value” of Genting Malaysia after fiscal-year 2020 losses, “the aggregate of Empire capital injections (in September 2020 and March 2021) now amounts to 4.8 percent” of the casino operator’s book value.

That suggested “limited room for further capital injections in the near term till September 2021, unless shareholder approval is sought,” wrote analysts Tushar Mohata and Alpa Aggarwal.

Genting Malaysia – promoter of Resorts World Genting, Malaysia’s only licensed casino complex – said in its Friday filing that the proceeds from the subscription to Empire Resorts’ stock would be used to “close Empire’s short-term refinancing plan for its debts totalling US$350 million, maturing on 23 March 2021”.

In Monday’s memo, Nomura said it believed Empire Resorts would “attempt to conclude the refinancing” of Resorts World Catskills’ long-term borrowings “in the meantime, as its operating outlook improves with progress in U.S. vaccination” programmes.

“Should there be a delay in refinancing till September 2021, there can theoretically be a further US$140 million capital injection in Empire by Genting Malaysia some time around October 2021, based on our calculations, without seeking a minority vote,” added the Nomura team.

It added: “It is imperative, in our view, that Empire secures financing soon at attractive interest rates if it is to turn profitable, lest Genting Malaysia have to shoulder further recapitalisation.”

The Resorts World Genting casino complex – Genting Malaysia’s main revenue generator – resumed operations on February 16, after being closed for more than three weeks as a Covid-19 countermeasure, due to a spike in infections in Malaysia.

Package tours from mainland China to Macau will resume on Monday, February 6, confirmed Macau’s Secretary for Economy and Finance, Lei Wai Nong, in a Friday press conference. The return of package... END_OF_DOCUMENT_TOKEN_TO_BE_REPLACED