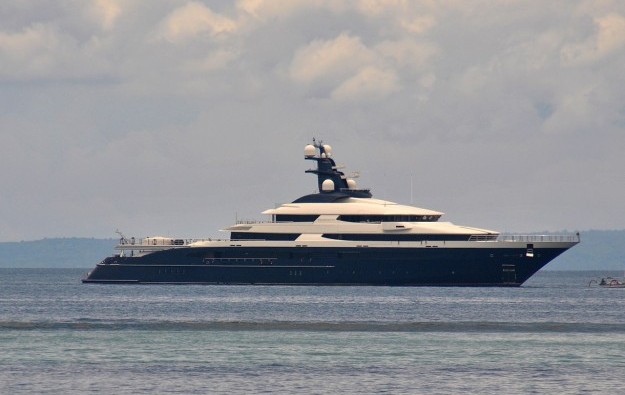 Casino operator Genting Malaysia Bhd has agreed to purchase for US$126 million the luxury yacht Equanimity, despite the fact that it had not previously attracted the necessary level of bid when put up for auction last year, according to reports.

The controversial vessel had allegedly been paid for by the previous owner, Malaysian financier Low Taek Jho, from money stolen from Malaysia’s state investment fund 1Malaysia Development Berhad (1MDB). The vessel was later seized by the state.

An investment analyst told GGRAsia that Genting Malaysia’s move might help the company solve an unrelated tax wrangle it is facing with the Malaysian government, even if the operational justification for owning the yacht might be up for debate.

Genting Malaysia will settle the full amount for the Equanimity purchase by the end of this month, the firm said in a press release included in a Wednesday filing to Bursa Malaysia. The purchase “will not affect” the earnings for the gaming firm, and can provide it “a unique and competitive edge for its premium customer business,” according to the firm’s statement.

The sale of the superyacht had been first announced in a statement on Wednesday by Malaysia’s Attorney-General Tommy Thomas, who said Genting Malaysia’s offer had been approved by the Admiralty Court in Kuala Lumpur.

The gaming operator’s bid was made under a direct negotiation with the Malaysian government and was also of the “highest price” amongst all offers received for acquiring the luxury yacht, Mr Thomas was cited by the media reports as saying. Malaysia’s Finance Minister Lim Guan Eng also remarked to media on Wednesday that the yacht sale to Genting Malaysia was of “the best price” the government could get based on an open tender.

The Malaysian government had put up Equanimity for sale in October last year, and set at a minimum price tag of US$130 million for the yacht. But Mr Thomas said few offers were received.

The superyacht Equanimity – reportedly now anchored off Langkawi – was amongst assets allegedly bought by fugitive financier Mr Low and some associates with money taken from the state investment arm 1MDB, officials from United States and Malaysia said. Mr Low had allegedly paid US$250 million for the luxury yacht.

The sale of the superyacht to Genting Malaysia has however marked as what Mr Thomas called “the highest recovery to date” for the Malaysian government from the multi-billion-dollar 1MDB corruption scandal, according to media reports.

Commenting on the yacht sale, a Wednesday memo from Samuel Yin Shao Yang, an analyst at Maybank Investment Bank Bhd, said the institution was“neutral” on the development. The price offered by Genting Malaysia also appeared “fair” relative to the Malaysian government’s initial valuation at US$130 million for Equanimity.

The Maybank analyst said the yacht purchase might help Genting Malaysia to “reconcile with” Malaysia’s Ministry of Finance on the tax incentive case for the Genting Integrated Tourism Plan (GITP). GITP is a muti-phase initiative that Genting Malaysia understakes for its Resorts World Genting complex, which involves a 10-year, MYR10-billion (US$2.4 billion) master plan.

Mr Yin added: “Many casino companies own yachts on top of jets to service VVIPs.”

Mr Yin further stated, referring to an Australian casino company: “Crown Resorts used to own yachts to service VVIPs. So, this is not exactly unusual.”

Genting Malaysia had in January asked for a judicial review against a Malaysian government decision that the firm said would delay some promised tax incentives for its multi-billion-dollar revamp plan for Resorts World Genting casino resort in Malaysia. Japanese brokerage Nomura had mentioned in February that the final tax incentive decision of the courts related to the judicial review filed by the gaming firm would likely only come by third quarter of this year.

The imminent return of package tours from mainland China will not only help boost Macau’s tourism businesses, but is also expected to help casinos gain more foot traffic in their mass gaming... END_OF_DOCUMENT_TOKEN_TO_BE_REPLACED