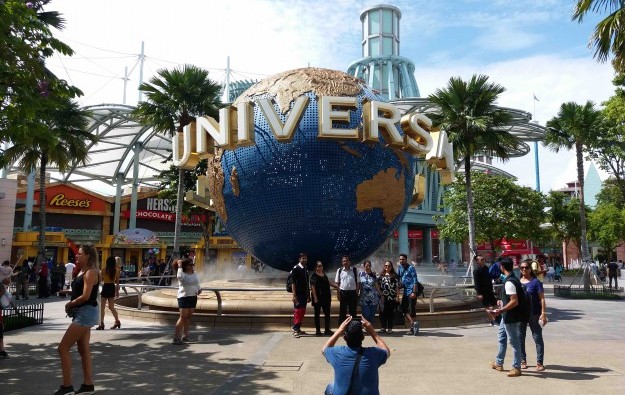 First-quarter profit at casino firm Genting Singapore Ltd, operator of the Resorts World Sentosa complex in the city-state, fell 5.4 percent year-on-year in the first quarter, on revenue that slipped 5.1 percent.

Group revenue for the first three months of 2019 was down 5.1 percent on the prior-year quarter, at nearly SGD640.4 million, versus SGD675.1 million.

Included in Genting Singapore’s net profit calculations for the first quarter was a net impairment on trade receivables – a balance sheet item usually associated in the casino industry with bad debts owed by gamblers – amounting to SGD11.1 million, up 23 percent compared to just under SGD9.1 million in the prior-year period. The bad debt provision was however down from the SGD39 million reported in the fourth quarter of 2018.

“The group continued to perform healthily in the first quarter of 2019,” said Genting Singapore in some brief commentary on the numbers.

It added: “Non-gaming business registered its eighth consecutive quarter of year-on-year revenue growth with higher spend per visitor. Our key attractions drew in a daily average visitation of over 19,000.”

The group said occupancy of the hotels at Resorts World Sentosa “remained high” at 93 percent during the quarter.

“Notwithstanding challenges from both the local and regional economies, the group continues its marketing efforts especially towards the regional premium mass segment,” the company said, referring latterly to mass-market customers that nonetheless bet at higher multiples than in the so-called “grind mass” segment.

In a Thursday note, Morgan Stanley Asia Ltd said that Genting Singapore’s quarterly results were “better” that the brokerage expected, “with the help of higher VIP win rate of 3.3 percent and lower bad debt provision” from the fourth quarter 2018.

According to Morgan Stanley, the casino firm’s VIP rolling chip volume was SGD7.6 billion, down 19 percent from a year earlier, while mass revenue was flattish at SGD386 million.

No dividend was declared for the latest reporting period. The group “generally declares or recommends dividend on a semi-annual basis,” it noted in its Thursday filing to the Singapore Exchange after market hours.

Group adjusted earnings before interest, taxation, depreciation and amortisation for the period were down 8 percent, at approximately SGD329.7 million, from nearly SGD358.9 million in the first three months of 2018.

In early April, outside the reporting period, it was announced that Genting Singapore – which shares a casino duopoly in the city-state with Las Vegas Sands Corp and the latter’s Marina Bay Sands property – would have its gaming rights extended to 2030 in return for additional major investment in Resorts World Sentosa.

While the expansion plans are good news, the benefits of such expansion are “too long dated,” said Union Gaming Securities Asia Ltd.

“Unfortunately, as part of the SGD4.5 billion expansion, the incremental 1,100 rooms will not come online until late 2024 at the earliest. In the interim some amount of non-gaming amenities will come online but we don’t view these as material drivers of visitation and gross gaming revenue (GGR),” wrote analyst Grant Govertsen in a Thursday memo.

“Simply put there is too much near and medium term pain (higher entry levy, higher GGR tax as of early 2022, generally cautious macro outlook on current operations) to get us more constructive at current valuation,” he added.

The firm said in its Thursday commentary accompanying the first-quarter numbers that the SGD4.5-billion additional investment – from 2020 – would include “a new waterfront lifestyle complex,” that would house two hotels, food and drink outlets, and would “transform the Resorts World Sentosa waterfront into an exciting all-day, all-night venue”.

South Korea on Thursday said it would from June 1 resume issuing short-term tourism visas for trips to the country’s mainland, for individual visitors and groups of tourists. Permits for... END_OF_DOCUMENT_TOKEN_TO_BE_REPLACED