GEN Singapore 2021 profit up sharply, but 2H hit by Omicron 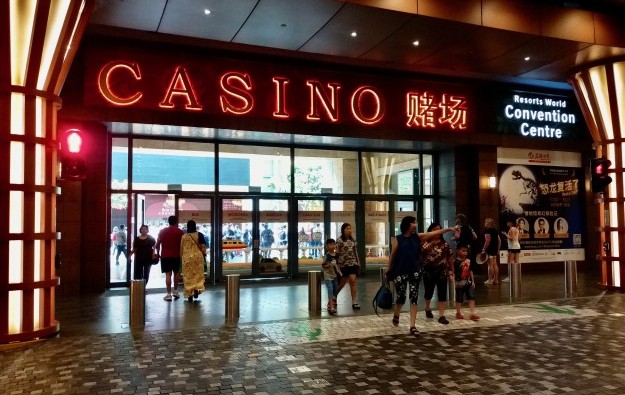 Full-year operating profit of SGD227.8 million was nearly double that of 2020.

The company plans a final dividend of SGD0.01 per ordinary share for 2021, with the payment date to be announced after its annual meeting.

But in a Thursday filing to the Singapore Exchange, the firm – which runs the Resorts World Sentosa casino complex (pictured in a file photo) in Singapore – said the second half had actually seen a 48.8 percent year-on-year decline in net profit, to SGD95.1 million.

That was due to a fall in visitor volume, “largely due to an increase in Covid-19 community cases and the recent emergence of the Omicron variant”.

Management added regarding the second half: “A series of enhanced safe management measures, such as the reduction in group size for social gathering and prohibition of dining-in at food and beverage establishments, were introduced to contain the spread of the virus.”

The commentary added: “These had a profound negative impact on our operating capacity and visitor arrivals.”

Non-gaming revenue for the half rose 1.7 percent to SGD147.2 million.

For the full-year 2021, the group’s revenue and adjusted EBITDA “improved marginally”, said the firm, noting it continued to “grapple with the pressure and limitations on our operations arising from the Covid-19 pandemic”.

Full-year gaming revenue at Genting Singapore was up 14.5 percent, at nearly SGD802.6 million.

In other commentary, the group said that during the financial year, it had acquired leasehold land for the expansion of its Singapore resort, which resulted in an increase in non-current assets.

“The acquisition has been included in the purchases of property, plant and equipment amounting to SGD942.0 million in the group’s statement of cash flows for the financial year,” said the filing.

It also stated that unsecured and unsubordinated Japanese yen-denominated bonds issued by the company were due for repayment in October 2022.