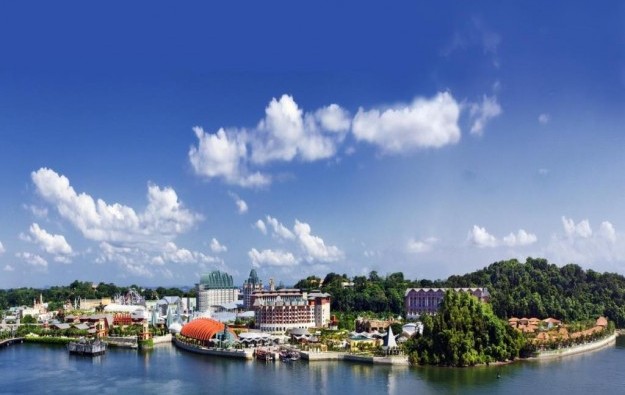 Net profit at Singapore casino operator Genting Singapore Ltd rose 46 percent year-on-year in the third quarter to SGD210.4 million (US$153.4 million), compared with SGD143.79 million in the prior-year period. That was despite the company recording a 1-percent fall in its gaming revenue for the period, to SGD445.4 million, it said in a Thursday filing to the Singapore Exchange after trading hours.

Genting Singapore, the operator of Resorts World Sentosa (pictured), said in its unaudited results that adjusted earnings before interest, taxation, depreciation and amortisation (EBITDA) for the third quarter were SGD318.8 million, compared with SGD320.1 million a year ago.

The company said in commentary accompanying the results that in the three months to September 30 the firm’s hotel business “continued to outperform the industry with an average occupancy rate of over 97 percent”.

“Our mass gaming business delivered stable performance. Our VIP rolling volume continued to grow, and we remain prudent in our credit extension,” said the company. The firm does not give a breakdown for VIP revenue versus that for the mass market.

According to the brokerage, higher VIP volumes in the third quarter – up 13 percent year-on-year – “are being driven by more credit extension, but the company remains focused on controlling its risk”.

Genting Singapore reported an impairment loss on trade receivables – including credit extended to VIP players but not paid back – of SGD12.9 million for the third quarter, compared to nearly SGD14.0 million in the prior-year period.

In Thursday’s commentary, the company said it “will look to sharpen” its marketing focus on the region’s premium-mass customers “by refreshing our facilities and products to enhance the gaming experience”.

It added: “We will continue to pursue VIP rolling volume with measured credit risk appetite.”

The company also said it would be launching a new musical show called Taru on December 7, “to further attract more premium customers from our regional markets”. Described as a box-office hit in South Korea, the musical features life-sized dinosaur skeletons and award-winning Mandopop stars. The show will be on stage until January 13, 2019.

The company additionally stated that it continues to “work steadily” towards the expected bidding process for a casino licence in Japan in the “second half of 2019”, following the passage of bills that will lead to the establishment of a domestic casino industry in that country.

“Specific cities have shown interest in having an integrated resort and we have responded to their requests for information, views and comments,” said Genting Singapore. The company did not identify the cities by name.

It added: “Concurrently, we have also engaged in discussions with stakeholders to understand the environment and the localities where such cities are involved.”

According to Sanford Bernstein’s Thursday memo, Genting Singapore’s management “sees Osaka as the most attractive city that has firmly committed to moving forward”.

For the nine months ended September 30, Genting Singapore reported gaming revenue of approximately SGD1.36 billion, up 2 percent on the nearly SGD1.33 billion achieved in the first nine months of 2017.

Genting Singapore’s total revenue for the first three quarters of 2018 was SGD1.87 billion, a rise of 3 percent year-on-year, according to Thursday’s filing. Adjusted EBITDA for the period increased by 5 percent year-on-year to SGD943.6 million, “led by higher revenue and improvement in operating margins arising from productivity initiatives as well as a more moderate impairment on trade receivables,” said the firm.

Most of Macau’s casino operators are likely to generate positive free cash flow in the first quarter, given the robust recovery level of mass-market gross gaming revenue (GGR) in January, relative... END_OF_DOCUMENT_TOKEN_TO_BE_REPLACED