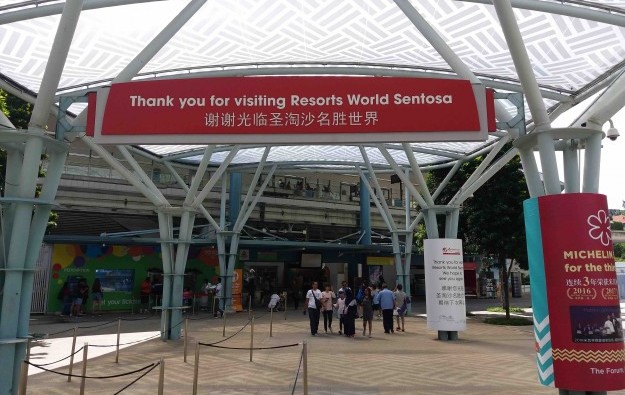 Net profit at Singapore casino operator Genting Singapore Ltd rose 13.1 percent year-on-year in the fourth quarter of 2018 to SGD150.2 million (US$111.0 million), compared to SGD132.8 million in the prior-year period. The performance was helped by the company recording a 20.1-percent jump in its gaming revenue for the period, to SGD444.2 million, it said in a Thursday filing to the Singapore Exchange after trading hours.

The firm does not give a breakdown for VIP revenue versus that generated from the mass market, in its results filings. Many investment analysts however reportedly receive that information from the company’s management.

“VIP volume grew 11 percent, or broadly in line with our expectations of +12 percent,” wrote analyst Grant Govertsen of Union Gaming Securities Asia Ltd, in a note on Thursday. “VIP gross gaming revenue grew nearly 40 percent on the heels of a 70-basis-point increase in win rate to 3.4 percent.”

Genting Singapore, the operator of Resorts World Sentosa (pictured), said in its unaudited results that adjusted earnings before interest, taxation, depreciation and amortisation (EBITDA) for the fourth quarter were SGD286.0 million, compared with SGD255.1 million a year ago.

Genting Singapore said in commentary accompanying the results that in the three months to December 31 the firm recorded an average of 21,000 customer visits daily at Resorts World Sentosa, and “an increase in average visitor spend across all offerings”. It added: “Our hotels continued to outperform the industry with an occupancy rate of 95 percent.”

In Thursday’s commentary, the company stated that it was “looking forward to the Japanese government publishing detailed regulations for the establishment of integrated resorts” in that country, which is scheduled to happen later this year. Genting Singapore said it expected the formal bidding process for casino licences in Japan to commence in the second half of 2019.

“In the meantime, the group is deploying significant resources on the ground and actively developing bid design and concepts, and engaging with stakeholders,” the casino operator stated.

For full calendar year 2018, Genting Singapore reported gaming revenue of approximately SGD1.68 billion, up 5.7 percent on the nearly SGD1.59 billion achieved in 2017. Genting Singapore’s total revenue for the 12 months of 2018 was SGD2.54 billion, a rise of 6.1 percent year-on-year, according to Thursday’s filing.

“In 2018, the group delivered encouraging performance in both the gaming and non-gaming segments notwithstanding economic uncertainties and intensifying competition,” the firm said. “Our marketing efforts on regional premium mass segment yielded positive results while our rolling business grew respectably.”

Looking ahead, the firm said it was “cautious of the ambiguous economic environment and ongoing geopolitical friction that is clouding the growth of the Asian gaming and tourism market.” That was understood to be a reference to the current trade war between China and the United States.

Genting Singapore added: “The group will continue to refine our marketing focus to those markets that will produce respectable returns in our invested resource. With increase in competition from newly opened gaming facilities, as well as aggressive marketing tactics, we continue to improve our customer experience.”

The firm’s board proposed also on Thursday the payment of a final dividend of SGD0.02 per share for full year 2018. The dividend payment has to be approved in the company’s next annual general meeting.

Most of Macau’s casino operators are likely to generate positive free cash flow in the first quarter, given the robust recovery level of mass-market gross gaming revenue (GGR) in January, relative... END_OF_DOCUMENT_TOKEN_TO_BE_REPLACED