GEN Singapore a hoarder of cash on Japan hopes: UBS 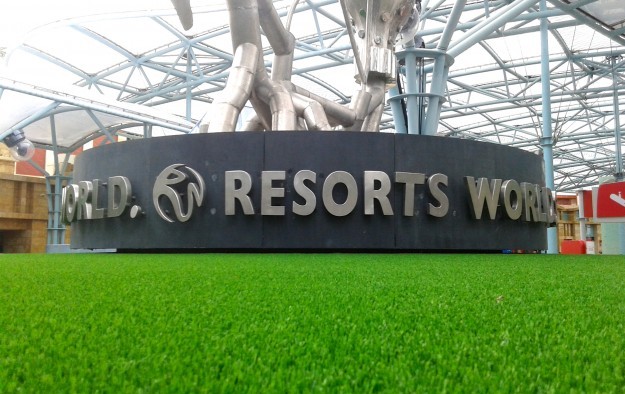 Singapore casino operator Genting Singapore Plc is likely to keep its 2016 annual dividend payment at the 2015 level of SGD0.015 (US$ 0.010) per share, “until there is more clarity on its Japan business,” says a report from banking group UBS AG.

“Genting Singapore has kept its cash balance high with the hope that it could secure a gaming licence in Japan,” said Tuesday’s report from analysts Angus Chan and Jeany Wu.

“However, the anticipated liberalisation of casino gaming in Japan has been delayed for a number of years,” noted the analysts, adding the bank expected the casino company to adopt a “wait and see approach”.

In 2014, Genting Singapore set up several subsidiaries in Japan. “Genting Singapore will partner [with] Japanese institutions that will add to the strength of its proposal for an integrated resort in Japan,” the casino firm’s parent, Genting Bhd, stated in a filing to Bursa Malaysia at that time.

Genting Singapore had declared its 2015 final dividend in April this year. UBS stated this week that the casino operator’s net dividend yield for 2016 – i.e., dividend per share, divided by the price per share – was expected to be 2.0 percent; an improvement on the 1.7 percent net dividend yield recorded for 2015.

A recent media report from Japan suggested a debate on a bill to legalise casino resorts in that country might be timetabled for the extraordinary session of the Japanese parliament, the Diet. The sitting is due to start in late September and run until late November.

Capital spending in Japan of approximately US$10 billion per project had been mentioned by some foreign casino firms interested in acquiring a Japanese casino licence. That figure was bandied at the height of the casino gross gaming revenue (GGR) boom experienced in Macau in 2013 and 2014; and before China’s crackdown on corruption, which a number of investment analysts have said has had a cooling effect on VIP gambling growth globally.

UBS estimated that Genting Singapore – which operates the Resorts World Sentosa property, one of two casino venues in Singapore – would have net cash of SGD3.81 billion as of year-end 2016.

“… the company remains highly cash flow-generative. Moreover, we believe the high level of bad debt provisions should be largely over, thanks to the sharp decline in VIP volume, tighter credit extension policies and an improved credit collection environment,” stated Mr Chan and Ms Wu. They were referring latterly to bad debts at Resorts World Sentosa in the credit-based VIP gambling segment, which for several years have weighed on Genting Singapore’s quarterly earnings.

The institution assumed there would be bad debt provision of SGD229 million at Resorts World Sentosa for 2016 – with the second half contributing SGD83 million of the annual total. It expects provision for aged credit to decline to SGD154 million for 2017.

UBS noted that some headwinds persist for Singapore as a casino gaming market.

The bank said that the strength of the Singapore dollar against the respective domestic currencies of Malaysia, Indonesia and China – countries that are key source markets for gambling customers – had recently been a drag on Singapore gaming revenue as the city-state had become relatively more expensive as a destination.

According to a Singapore Tourism Board report covering the first quarter, published in August, spending by tourists on sightseeing, entertainment and gaming fell by 21 percent year-on-year, to SGD1.08 billion, even as visitor numbers rose year-on-year in the first half.

“Visibility on the outlook for Singapore’s gaming demand remains low, but growth in visitors, and less negative foreign exchange headwinds, should be supportive of a deceleration in decline rates in the second half 2016,” said UBS’s Mr Chan and Ms Wu.

Most of Macau’s casino operators are likely to generate positive free cash flow in the first quarter, given the robust recovery level of mass-market gross gaming revenue (GGR) in January, relative... END_OF_DOCUMENT_TOKEN_TO_BE_REPLACED