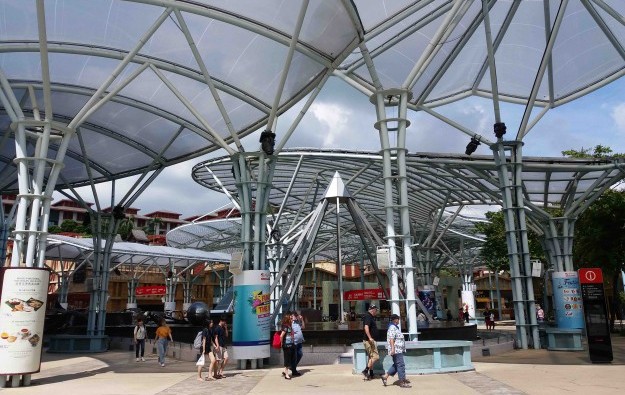 Genting Singapore Ltd, the operator of the Resorts World Sentosa casino resort (pictured) in Singapore, said in a filing on Wednesday it was “generally pessimistic about the outlook for the first half of 2020” due to the “novel coronavirus issue that has created massive disruption to the travel and tourism industries”.

It was reported this week that a worker at Resorts World Sentosa had tested positive for coronavirus infection.

But Genting Singapore said it would use any lull in business during the crisis, by “embarking on a stronger productivity drive” and would “utilise this period to refresh and develop” its offerings to customers.

The filing – reporting the firm’s fourth-quarter and full-year 2019 earnings – showed revenue and profit down, but with receivables rising at a much higher rate.

The company nonetheless recommended a dividend for the full-year to December 31, of SGD0.025 (US$0.018) per share, subject to stockholder approval at the next annual general meeting.

Full-year profit at casino operator Genting Singapore fell 8.8 percent, on total revenue that declined 2.3 percent year-on-year. Such profit was SGD688.6 million compared with SGD755.4 million in the prior year.

Fourth-quarter net-impaired receivables were however down 50.4 percent to nearly SGD17.7 million, from SGD35.6 million in the prior-year quarter.

“We updated our understanding of the processes for credit assessment and approval, and impairment assessment of trade receivables,” noted Genting Singapore’s independent auditor in its commentary on the 2019 results.

Genting Singapore observed that for full-year 2019, even before the coronavirus crisis, “the business was challenged by geopolitical uncertainties and economic volatilities”.

But it added that its voluntary full repayment in April 2019 of an outstanding SGD680 million under its SGD2.27-billion syndicated senior secured credit facilities had “yielded costs savings for the group”.

Higher depreciation costs had been recorded in the business compared to the previous year, “on plans to retire certain assets” as the company will start a SGD4.5-billion expansion of Resorts World Sentosa.

Genting Singapore added that design and planning for what it termed “Resorts World Sentosa 2.0” were “well under way”.

In April last year the Singapore government said it had agreed to the expansion of the city-state’s two integrated casino resorts. In return for their investment – an aggregate of SGD9 billion – the respective operators would continue to hold a duopoly on casino gambling in Singapore through to 2030, it added at the time.

Genting Singapore noted in its Wednesday announcement that gaming revenue at Resorts World Sentosa for full-year 2019 was down 3.5 percent, at just shy of SGD1.62 billion, versus SGD1.68 billion in 2018. Gaming revenue for the fourth quarter dropped 12.8 percent, to just under SGD387.6 million.

Group adjusted earnings before interest, taxation, depreciation and amortisation (EBITDA) were down 3.3 percent for the full year, at approximately SGD1.19 billion as compared to nearly SGD1.23 billion. For the three months to December 31, group adjusted EBITDA was up 0.5 percent, at SGD287.6 million, from SGD286.0 million in fourth-quarter 2018.

Only two of Macau’s 18 satellite casinos – the Rio Casino and the President Casino – have closed amid changes to the city’s regulatory system for such properties, and against... END_OF_DOCUMENT_TOKEN_TO_BE_REPLACED