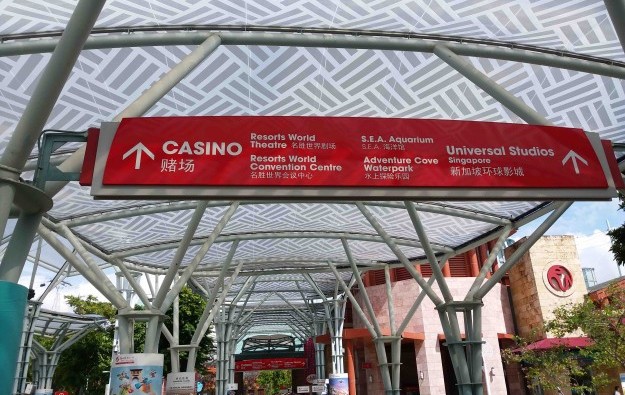 The Covid-19 pandemic has been “absolutely devastating to the tourism industry across the world,” including Singapore casino complex Resorts World Sentosa, said its promoter Genting Singapore Ltd in a quarterly business update filed on Wednesday.

The firm added its resort had been “severely affected” with disruption starting as early as the end of January, with things “worsening over the quarter”. Resorts World Sentosa would “continue to face significant challenges”, it noted.

Since early February – following amendments to the listing rules of the Singapore Exchange – Genting Singapore is no longer required to report its financial statements on a quarterly basis.

Genting Singapore said in its update that suspension of operations was “likely to continue into the near future.”

It added: “The social distancing and restrictive border regulations will continue to hinder any medium-term recovery.”

Given what it termed the “fluidity” of the Covid-19 crisis, the group said it was “pessimistic” on the business outlook for the rest of the year, but would seek to adopt an “agile” approach to the challenges.

Singapore’s Ministry of Health said that as of 12pm on Wednesday, the city-state had preliminarily confirmed an additional 675 cases of Covid-19 infection as compared to the previous day.

Only two of the new cases involved either a Singapore citizen or permanent resident. The majority were work permit holders residing in foreign-worker dormitories, the authority said.

Genting Singapore nonetheless reiterated that beyond its home market, the opportunity to develop a Japan casino resort “continues to feature in our long-term growth strategy”.

It noted: “We have been engaged in the ongoing request for concept (RFC) by Yokohama city and are anticipating the launch of the request for proposal (RFP) in the second half of 2020.”

Group adjusted earnings before interest, tax, depreciation and amortisation for the quarter were SGD146.9 million, a 55.4 percent decrease year-on-year on the almost SGD329.7 million achieved a year earlier.

Genting Singapore reiterated that for an initial period from April 7 to May 4, the group had taken the “unprecedented step” of suspending “almost all” operations at Resorts World Sentosa in line with Singapore government directives aimed at controlling Covid-19.

Subsequently, the control measures had been extended by the city-state’s authorities for a further four weeks until June 1.

It said the severity of the impact of the Covid-19 crisis on its business was “partially mitigated” by a series of cost control measures, including “instituting a pay reduction scheme for all managerial team members,” and “encouraging all employees to take their annual leave”.

The group noted that despite the business hardships it was “entirely supportive” of the city-state’s coronavirus control steps.