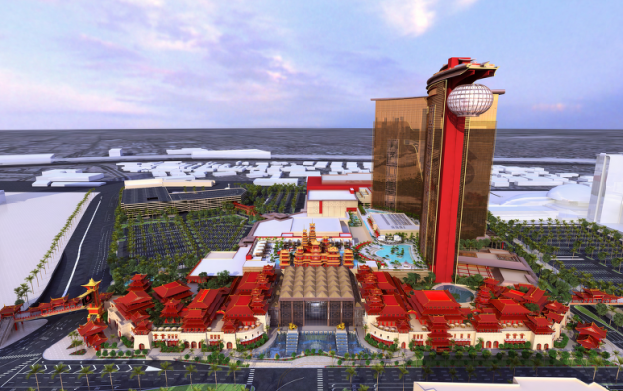 Japanese investment bank Daiwa Securities Group Inc has included conglomerate Genting Bhd in its key calls for Malaysia for the second half of the year.

Genting is engaged in gaming operations in Singapore, the Philippines, Europe and the United States. It is also the parent company of Genting Malaysia Bhd, which operates the country’s only casino resort.

“We like Genting given the emerging share-price catalyst as the group embarks on the development of a Las Vegas casino,” Daiwa analysts wrote in a report issued earlier this month. “We estimate that it could add 6.7 percent to 12.8 percent” to Genting’s earnings before interest, taxation, depreciation and amortisation (EBITDA) and net profit for full 2015, when the property is forecast to open, they added.

Genting has focused much of its recent international expansion on the United States. The group is expecting final approval from Nevada gaming regulators to start building its US$4 billion Resorts World Las Vegas (pictured in a rendering). RW Orange County LLC, a unit of Genting Malaysia, has proposed two separate billion-dollar casino projects for upstate New York. The group already owns and operates the Resorts World Casino New York City.

Daiwa’s analysts noted that after having underperformed the broader market in the first half of this year, gaming stocks in Malaysia look “ripe for a recovery as capital flows return”.

The investment bank forecast Malaysia’s gaming sector would register 14 percent year-on-year earnings growth for 2014. The analysts also highlighted the gaming sector’s resilient domestic business and high dividend yields among the factors to have a positive impact on share prices.

The imminent return of package tours from mainland China will not only help boost Macau’s tourism businesses, but is also expected to help casinos gain more foot traffic in their mass gaming... END_OF_DOCUMENT_TOKEN_TO_BE_REPLACED