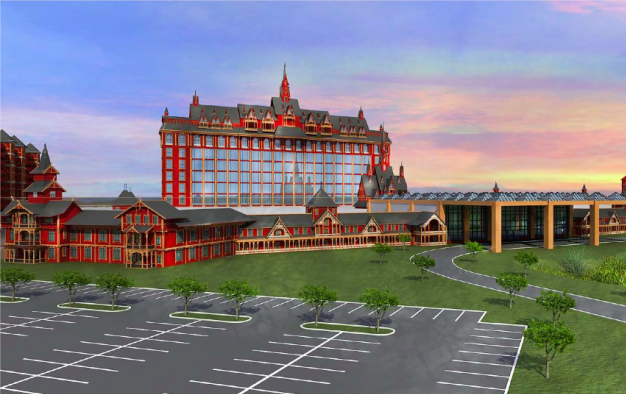 Genting Malaysia Bhd has proposed two separate casino projects for upstate New York. The casino operator submitted the proposals to the New York State Gaming Commission on Monday, it confirmed in a filing to the Kuala Lumpur Stock Exchange on Tuesday.

RW Orange County LLC, which is owned by a Genting subsidiary, submitted the required documents on Monday, the casino operator said. A total of 17 companies submitted bids in the competition for one of four casino licences to be granted in upstate New York.

RW Orange County has submitted two proposals, reports Malaysian newspaper The Star. One bid is for the Sterling Forest Resort in Tuxedo and the second for the Resorts World Hudson Valley (pictured in a rendering) in Montgomery.

In mid-June, U.S. media reported that Genting had won the support of the Montgomery Town Board for the project. Both towns are located in Orange County.

A total of eight bids have been proposed for the Catskill Mountains and Hudson Valley area, including one from Caesars Entertainment Corp. Caesars proposed to develop a US$880 million casino resort in Woodbury.

Genting has not revealed the investment amount planned for each of the projects, saying at the presentations to both towns it would be “well above the minimum required”. Bidders seeking to build a casino in Orange County are required to invest a minimum of US$350 million.

Malaysia’s sole casino operator has focused much of its international expansion on the United States. Genting is expecting final approval from Nevada gaming regulators to start building its US$4billion Resorts World Las Vegas.