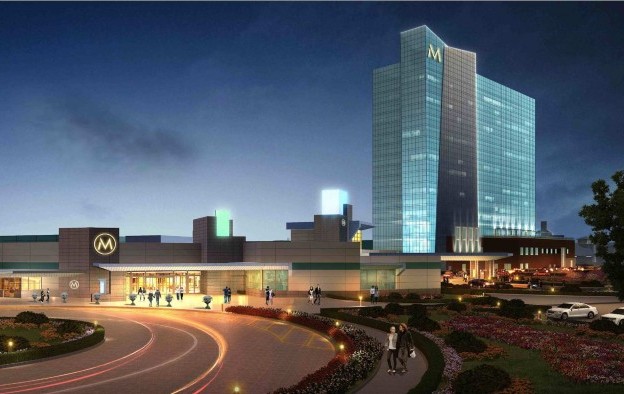 The much anticipated decision on the new casino licences for upstate New York came to a conclusion overnight with a panel recommending only three projects – instead of the expected four. The Gaming Facility Location Board rejected proposals from Genting Malaysia Bhd, a unit of Malaysian conglomerate Genting Bhd, and Las Vegas-based Caesars Entertainment Corp.

The panel chose sites in Sullivan, Schenectady and Seneca counties and decided not to recommend a fourth licence amid an increasingly saturated gambling market. The board received a total of 16 bids.

The board recommended the Montreign Resort Casino (pictured in a rendering), to be built in the Catskills town of Thompson. The US$630 million project features an 18-storey casino hotel, with 80,000 square feet (7,432 square metres) of casino space, and will offer 61 table games and 2,150 slot machines. It will be developed by Empire Resorts Inc and managed by Monticello Raceway Management Inc, which runs the nearby Monticello Casino and Raceway.

Although none of Genting’s bids was selected, the group’s chief executive Lim Kok Thay will still be involved in the development of a casino in upstate New York. Approximately 50 percent of Empire Resorts is owned by Kien Huat Realty, an investment company owned by a Lim family trust of which Mr Lim and members of his family are beneficiaries, according to Empire’s website.

“It’s a great day for Empire Resorts, the resilient residents of Sullivan County, and our co-developer EPR Properties,” said Empire’s chairman Emanuel Pearlman. “After receiving all final regulatory approvals, we will break ground as soon as possible on what will truly be a Catskills destination reborn,” he added.

The New York board also chose the Rivers Casino and Resort at Mohawk Harbor in the city of Schenectady. The US$300 million project will include a hotel and a casino with 66 gambling tables and more than 1,100 slot machines.

The third recommended bid was Lago Resort and Casino, a US$425 million project in the Finger Lakes town of Tyre in Seneca County, which will have 2,000 slot machines.

The board opted not to award a licence in New York City’s suburban Orange County, the site of six competing proposals.

The Associated Press quoted board chairman Kevin Law saying that several bids faced environmental and financial uncertainties and would have taken revenue from other gambling facilities.

“We did take a look at what was happening in the entire industry,” he said. “At the end of the day we had to do what made financial sense,” Mr Law was quoted saying.

Both Genting and Caesars were seeking to build in Orange County, the closest place available to New York City’s 8.4 million residents.

RW Orange County LLC, a unit of Genting Malaysia Bhd, had proposed two separate billion-dollar casino projects, both in Orange County district. The company submitted a bid for a casino in Tuxedo, where it planed to build the US$1.5 billion Sterling Forest Resort. The second bid was for the Resorts World Hudson Valley in Montgomery, with a price tag of US$1 billion.

A number of investment analysts had said that Genting was an “obvious frontrunner” to win at least one of the new casino licences, citing the proposed amount of licensing fees, tax rates and the number of jobs it would create in Orange County.

Caesars in June confirmed it had applied for a licence to build Caesars New York, a US$880 million casino resort it planned to develop in Woodbury.

The three selected bids are projected to support more than 3,200 full-time jobs and generate US$265 million in tax revenues, along with US$136 million in licensing fees.

The Gaming Commission will formally award the licences upon confirmation of the applicants’ suitability and their respective ability to complete the projects.

Macau recorded 965 “gaming-related” crimes in full-year 2022, down 29.7 percent on the 1,372 identified in the previous year, according to the latest statistics published on Tuesday by... END_OF_DOCUMENT_TOKEN_TO_BE_REPLACED