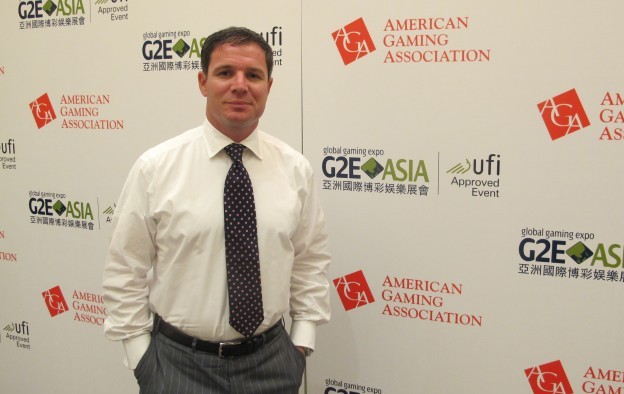 “Las Vegas is always interested in new and targeted offerings,” Mr Freeman told GGRAsia in a Tuesday interview in Macau.

He added: “We are very excited about [the project’s] potential and what it can do for the north end of the [Las Vegas] Strip.”

Resorts World Las Vegas broke ground last year. At the time, it was said the US$4-billion scheme was scheduled to open in 2018.

The Genting Group has several interests in the gaming industry. It runs or invests in casinos in Malaysia, Singapore, the Philippines and the United States. It already has operations in the United States, but of a smaller scale compared to Resorts World Las Vegas, and located outside of Nevada.

“Those who are operating in Asia – whether it is the Philippines, Malaysia or elsewhere – they have developed great marketing prowess, they have a great sense of customer service, they know how to provide niche business, and the U.S. will benefit from their inclusion,” Mr Freeman said.

“We welcome new entrants into the U.S. market… Just as many in tribal gaming have made commercial gaming stronger, so too can new Asian entrants make the U.S. business stronger.”

AGA is one of the co-organisers of G2E Asia. The other is Reed Exhibitions. This year’s edition of the conference and trade exhibition for the casino gaming industry started today (Tuesday), at the Venetian Macao casino resort.

The three-day event is celebrating in 2016 its 10th edition. According to the organisers, the exhibition portion of G2E Asia has tripled in floor size since the first show: this year’s edition covers more than 9,200 square metres (99,028 sq feet) of exhibition space.

He added: “This market has changed in extraordinary fashion over the course of those 10 years, obviously remaining the biggest market in the world. I think the next 10 years will be equally as significant.”

Commenting on the current downturn in Macau, Mr Freeman said the local gaming market was facing an “inflection point”.

He stated: “This market has taken one step back but it has stabilised and there is great optimism [regarding] where it will go in the future.”

Market wide in Macau, casino gross gaming revenue in 2015 declined 34.3 percent compared to the previous year, according to official data.

G2E Asia is part of the involvement of AGA in the Asia-Pacific region casino sector, Mr Freeman noted. “We are always looking at opportunities to be a more global organisation.”

He stated that AGA continued to be involved in discussions on the potential legalisation of casino gambling in Japan, and on pushing the industry forward across Asia.

“We will continue to meet with regulators of all these markets,” he said. “AGA will fill that hole [of advocating gaming in Asia] to a degree but will also look to opportunities to support other entities if we deem it makes good sense.”

Although several U.S.-based gaming operators with a presence in Asia – including Wynn Resorts Ltd and MGM Resorts International – currently have big investments planned for the U.S., Mr Freeman said that was not a sign they were attaching less importance to Asia than previously.

“This is a multibillion [U.S.] dollar opportunity for the industry,” he said.

Mr Freeman added: “I know it is something they [Macau casino operators] would like [to also do]. The industry has to constantly evolve and provide our customers with new products. Sports betting is an opportunity in the U.S. and is likely and opportunity in other markets as well.”

Macau’s Legislative Assembly (pictured) will conduct on Monday (January 24), during a plenary session, a formal first reading of the draft bill to amend the city’s gaming law, according to a... END_OF_DOCUMENT_TOKEN_TO_BE_REPLACED